Paradox Interactive announced today that Prison Architect has been downloaded by more than 4 million players across PC, console, and mobile since release. In addition to this milestone, Paradox Interactive has partnered with Double Eleven, the studio supporting Prison Architect on console, to continue development of both PC and console editions of the game with new expansions on the horizon.

“Double Eleven has done an excellent job supporting Prison Architect on console since 2016 and the game’s community loves what they bring to the table,” Steacy McIlwham, Product Manager for Prison Architect at Paradox Interactive, said. “We are confident in Double Eleven’s ability to continue improving upon an already great game and they have our full support.”

To kick off this partnership Paradox Interactive and Double Eleven have released “The Clink” on PC, an update that adds enhanced Guard features, additional cosmetics, and a wide range of improvements requested by the Prison Architect community. 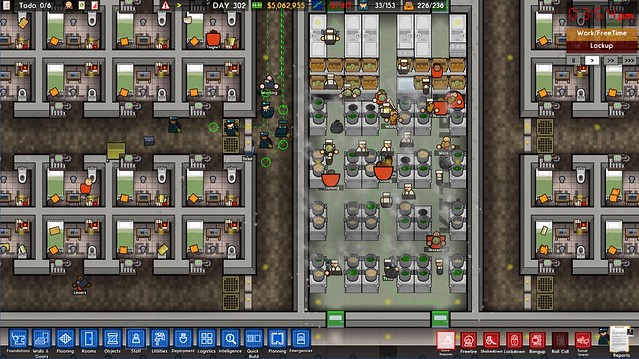 Paradox Interactive acquired all rights and assets for Prison Architect, a BAFTA award-winning prison management simulator, from Introversion Software in January 2019. In Prison Architect, players are tasked with the construction and maintenance of a maximum security prison, from laying out cell blocks and inmate facilities to managing staff pay and prisoner morale. Prison designs include basic necessities like cells, canteens, guard rooms, and infrastructure, but players can also include features like solitary confinement, workout areas, and more.

OVERPASS: A LOOK AT ITS UNIQUE GAMEPLAY
February 21, 2020