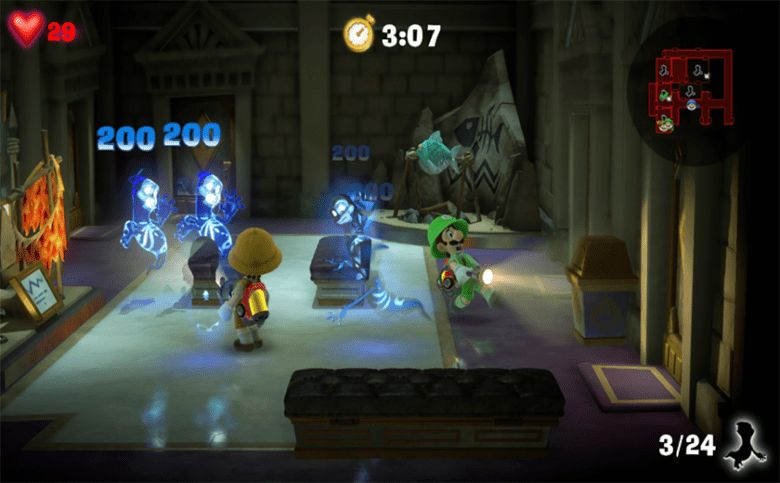 Have you taken a tour through the multiplayer mayhem that the Luigi’s Mansion 3 game offers on the Nintendo Switch family of systems? The frightful festivities continue with new apparitions and additions in the game’s multiplayer modes.

The Luigi’s Mansion 3 Multiplayer Pack – Part 2 is now available, and this dastardly DLC features new costumes, new floor themes, new ghosts and new mini-games in the game’s ScareScraper and ScreamPark modes. Luigi needs your help facing some of his most chilling challenges yet! 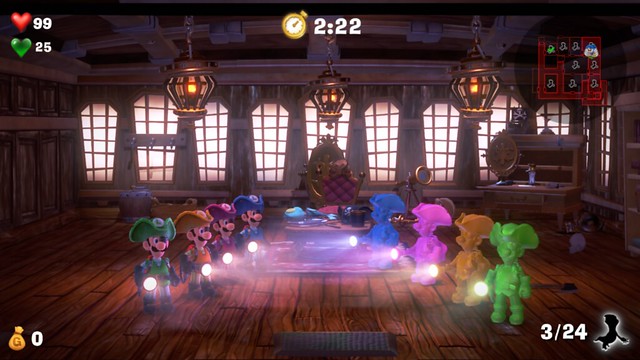 The three new multiplayer mini-games for ScreamPark mode include PuckStravanganza, an ice-cold blast of hockey-styled havoc; Floaty Frenzy, an obstacle course that will test your wizardry on the water; and Desperate Measures, where you’ll need to skillfully command all the sand on-hand to tip the scales in your favor.

ScareScraper mode has three new costumes included in Multiplayer Pack – Part 2, so make sure you dress to impress. The Amazing Luigi looks like he’s got a few magic tricks up his sleeves; Cap’n Weegee brings his own pirate panache; and who better to dig for ancient treasure than the fabled researcher, Paleontoluigist? (Maybe all those puns are why the ghosts keep moaning!) 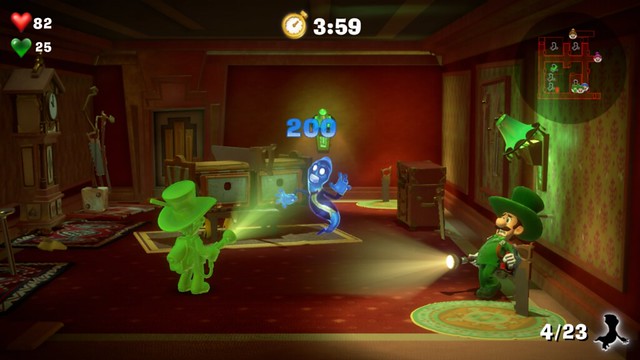 Whichever costumes you choose to wear, make sure you’re prepared to face down new themed ghosts along with three new additional floor themes that randomly appear as you explore ScareScraper mode. New Goob and Brick ghosts are just some of the malicious maze dwellers waiting to throw a wrench in the works. Keep your wits about you, Luigi! 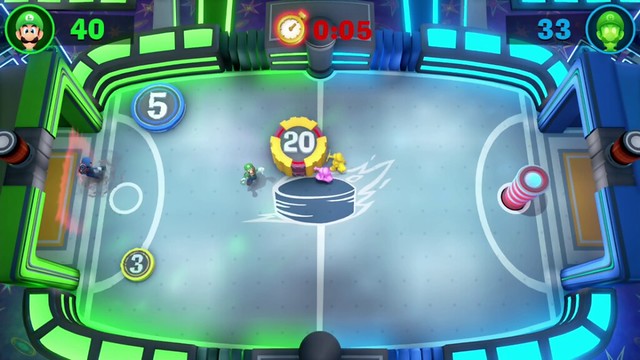 The Luigi’s Mansion 3 Multiplayer Pack DLC, which includes both Part 1 and Part 2, can be purchased for $9.99 in Nintendo eShop on Nintendo Switch. As a bonus for purchasing the DLC, you’ll receive an in-game Polterpup light called the Flashlight Type-P. The new Polterpup light can be used when playing ScareScraper mode, or when playing through the game’s main story. An additional Art Viewer mode will let you browse concept art created during the game’s development.

0 0
Previous ArticleStar Citizen — Alpha 3.9: Locked Up & LoadedNext ArticleA Race for the Vaccine Begins! COVID: The Outbreak Is Coming to PC This May