Tencent Games and PUBG Corporation announced with AMC today an exciting crossover collaboration between PUBG MOBILE and The Walking Dead. Beginning October 1 and into early 2020, players will have a chance to traverse the battlefield as familiar heroes or an iconic villain. Limited edition in-game items such as character skins, weapons and a vehicle are among those available including: 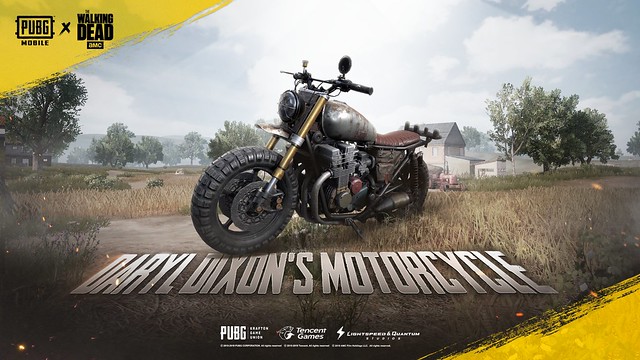 With over 400 million downloads and 50 million daily users, PUBG MOBILE continues to remain among the top performing mobile games worldwide. Heading into its tenth season, which premieres Sunday, October 6 at 9/8c on AMC, The Walking Dead remains the highest-rated series on cable television.

AMC’s The Walking Dead is the latest marquee brand to join a pedigree of top tier collaborations with PUBG MOBILE that has included successful tie-in campaigns with Resident Evil 2 and Godzilla: King of Monsters in 2019.