PUBG MOBILE today confirmed the qualifying 16 teams from each regions who will move on to the regional finals next month, and eventually the PUBG MOBILE Club Open Global Finals in July. Check the list of the top 16 teams for each region here: https://clubopen.pubgmobile.com/en/na/standings/1/2290

During the two week semifinals, we have seen so many amazing moments where pro and semi pro clubs really showed their high skill levels.

From the group stage phase to the first week of the semifinals, the NA division of PUBG MOBILE Club Open has been mostly about Misfits Gaming. Misfits were always on the top of the rankings and were seen by most as the team to beat in the tournament. But after the second week of semifinals, PMCO NA has a new, perhaps unexpected king: SpaceStation Gaming. With top fragging numbers from Brandon “Sixless” Patterson and Karim “Karnage” Edward, SpaceStation secured five top 3 finishes and left behind established powerhouses of the region. 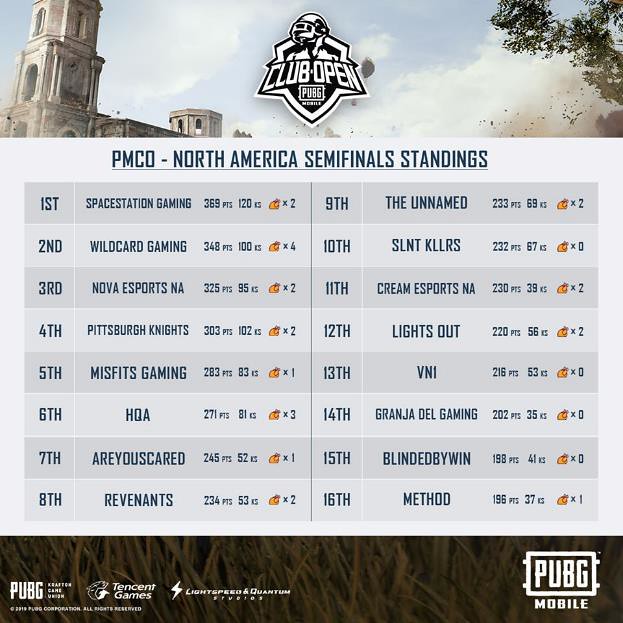 In Europe, Deformia Meditari 99 and AVANGAR held their top spot in the PUBG MOBILE Club Open EU rankings as the semifinals stage came to a close. The two teams have been among the best performers ever since the tournament began and enter the finals stage as one to watch. What’s striking, however, is the difference between Deformia’s and AVANGAR’s points totals. Deformia finished top 3 in seven of the eight matches they played last week, winning three and making for one of the most impressive runs in the entire league. With 429 points total, Deformia lead AVANGAR with 113 points. Deformia’s Shulga “Matic” Sergeevich was an absolute beast in the semifinals, racking up 54 kills and eight headshots. 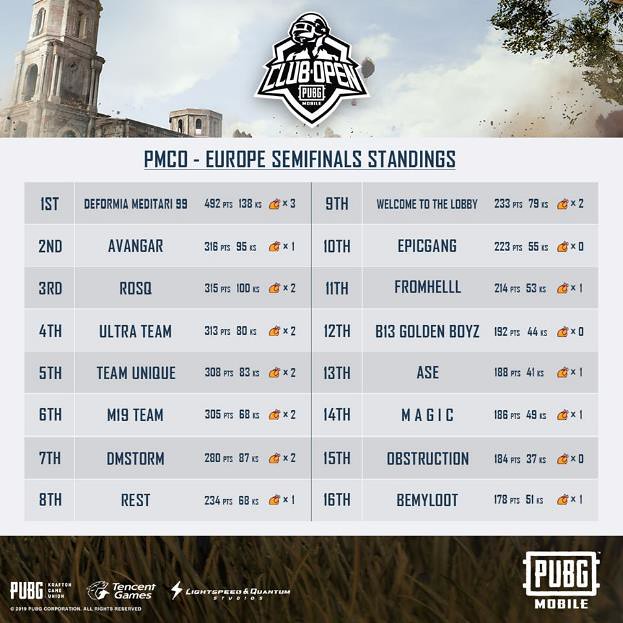 While in India, for the last two weeks, Team Insidious have been the kings of PUBG MOBILE Club Open India division. The team finished 1st in the group stage and led the rankings halfway through the semifinals as well, becoming the first organization to stay on the top for two consecutive weeks. Before they could go three for three, however, Insidious were stopped by The Brawlers. In week 2 of the semifinals, The Brawlers punched up from their #2 position from last week and overtook Insidious by 50 points, entering the Finals stage as the highest-ranked team in India. And there’s another team we have to mention, the team SOUL, which was ranked 16th and   managed to get a big turnover in Semifinals week 2 and ranked in the 4th place. Their captain Mortal has also took a lot attention from the community. 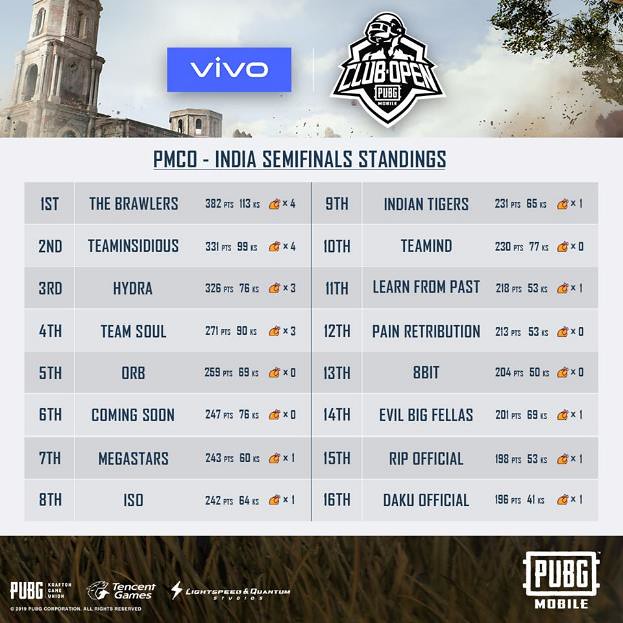 Qualifying teams will participate in the regional finals in June, starting with the Europe and South America regional finals from June 1 to June 2. The teams will fight for the chance to represent their countries in the PMCO Global Spring Split Finals in July in Berlin, Germany. Players can stay tuned for the official live broadcast of the regional finals on the PUBG MOBILE Esports YouTube channel. http://bit.ly/pubgm_esports 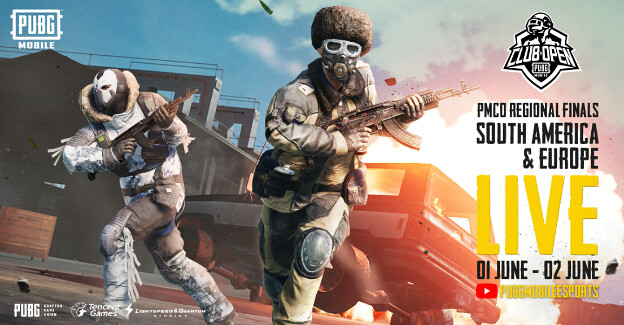