According to App Annie, PUBG MOBILE has surpassed another impressive milestone as more than 100 million monthly active users (excluding China). 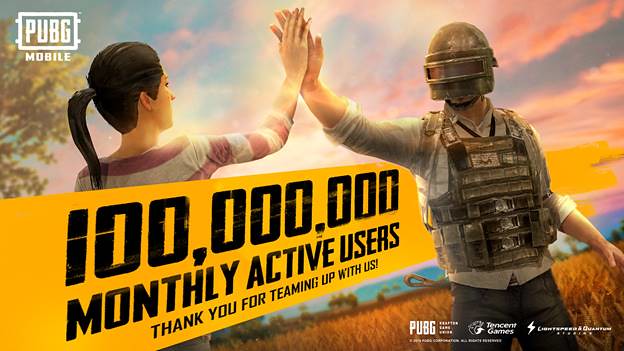 In 2018, PUBG MOBILE took home multiple awards and nominations, just eight months after the game’s release. The game earned three awards at the Google Play Awards, including “Best Game.” It also won the “Mobile Game of the Year” award at the 2018 Golden Joysticks and received nominations from The Game Awards and the App Store.  PUBG MOBILE was also recognized by the App Store earlier. The game was included in Apple’s “Game Trend of the Year” category representing the explosive tactical tournament genre (battle royale like) and in its “Top Games Charts of 2018” as one of the most downloaded games.

PUBG MOBILE continues to excite fans worldwide by teaming up with various partners around the globe. Teaming up with Capcom Co., Ltd. (Capcom) early 2019, it brought the desolate world of Resident Evil into PUBG MOBILE through promotional in-game modes named Survive Till Dawn and Darkest Night. As the game moves beyond its one-year anniversary, PUBG MOBILE also continues its impressive trajectory of unprecedented collaborations, with an official theme song from world-famous musician Alan Walker.

Also, The PUBG MOBILE Club Open (PMCO) 2019 plans were also announced during the 1st year-anniversary of PUBG MOBILE, with Vivo being the official title & smartphone sponsor and 2.5 Million prizes for PMCO 2019. It will feature a Spring and Fall Split, with the Spring Split covering 10 regions including South East Asia, India, the Middle East, North America, South America, Europe, Korea, Japan, China and Wildcard. There are more than 35,000 teams who signed up for the Spring Split. with the Global Finals held in Berlin in July.

As PUBG MOBILE grows into one of the world’s most trending mobile games, it is devoted to providing a better gaming environment and being proactive in building a balanced and sustainable digital lifestyle. PUBG MOBILE is introducing a new “Gameplay Management” system to encourage players to enjoy a sustainable and balanced PUBG MOBILE experience. Players will be requested to confirm their age to activate the Gameplay Management when they login for the first time, while players under the age of 18 have to acknowledge a gaming advisory before they can start the game. Also, the system will use pop-up notification about game playing time to reminder players to have a rest or stop the game. The Gameplay Management system has been deployed recently in certain areas, including Asian and North African countries, including Indonesia, India, Nepal, the United Arab Emirates, Qatar, Kuwait, Iraq, Saudi Arabia, and Egypt. The Gameplay Management system will be deployed in other markets in stages.

PUBG MOBILE celebrates the continued success with the all-new 0.12.5 content update. Available today on the App Store and Google Play, the free update introduces the anticipated Royale Pass Season 7 and a bevy of new gears and customizable player skin outfits. 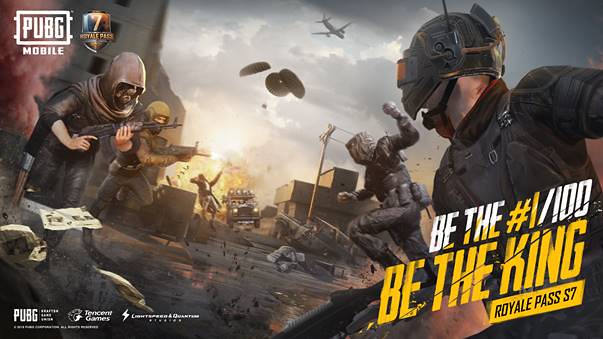