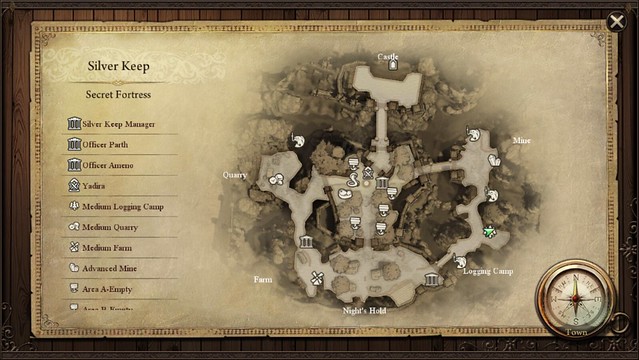 The growing influence of Silver Keep will offer you all-new tools and gameplay features; as player-generated construction work sees the city become a sprawling, ever-evolving home for the Rangers of Malheim and those who rely on them. Perhaps more importantly, also a fortress against marauding behemoths. Occupied by the forces of Broken Sword Prince for over a decade, Silver Keep is one of two functional human sanctuaries on the Malheim continent, along with the City of Avalon. In this latest update, you are offered the keys to this fortress city — with the Broken Sword Prince and his insurgents fast becoming a spent force. 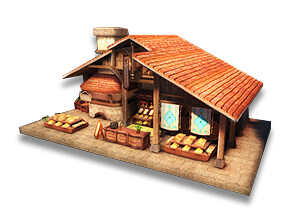 You are actively encouraged to build in the city, completing those projects sees you rewarded with resources and weapons. The outer city is a long-abandoned resource point: most of the resources for supplies coming into the city are made here. You can build farms and quarries at specified locations, enabling you to collect resources. Housing a variety of industrial and commercial buildings for production, the inner city is essentially the central business district of Silver Keep. There, you can build a ‘smithy’ to manufacture all manner of parts and foundry products, or a ‘workshop” to produce furniture for Silver Keep’s castle; as well as numerous other buildings and dwellings — creating the thriving, welcoming City of Silver Keep. 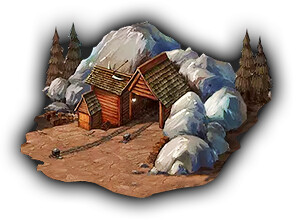 Reflecting the spirit of camaraderie within its walls, you can even invite NPC’s to visit the city. Following a period of playing together and cooperating (on missions and tasks) you can invite your favourite NPC to join the Silver Keep City. As a genuine city ‘Lord’, you’ll be able work with your companions to build the entire city and produce all the resources needed for yet more urban construction.

For the Rangers, the business of fighting the behemoths has always been booming (quite literally, at times).  Now, for all players of Rangers of Oblivion, there’s genuine industry to be found in keeping them out too!

LEAGUE OF ANGELS III BRINGS IN SHAEDRA — ENEMIES GONNA GET LOCKED DOWN
May 22, 2020

WELL I NETHER! LEAGUE OF ANGELS III GETS A NEW HERO AND A WORLDLY EXPANSION
April 20, 2020