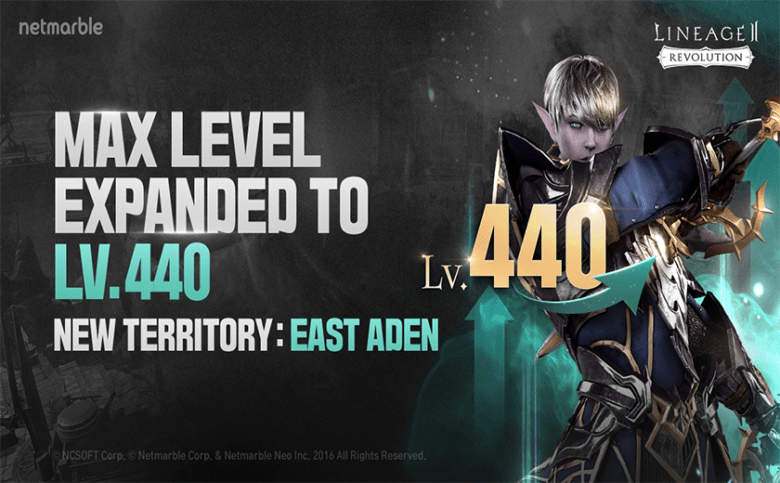 The world of Lineage 2: Revolution, Netmarble Corp’s mobile massively multiplayer online role-playing game (MMORPG), has become even more dangerous as an all-new update has raised the player level cap to 440. Players are encouraged to test their limits in the Eastern Plains of the Aden Territory alongside other additions introduced to the game.

Located in the eastern part of the Aden Continent is Aden Territory, where the symbolic Aden Castle is located. Expert players can explore two new sub-regions – Giant’s Ruins and the Forgotten Valley – where a variety of powerful monster types, including Demon and Undead creatures await those who enter the territory. An all-new Elite Dungeon, and new difficulty levels for the Trials of Experience, the Adena Vault, and the Daily Dungeon, also await those eager to conquer the newly introduced challenges for Lineage 2: Revolution.

Lineage 2: Revolution is a groundbreaking MMORPG bringing top-quality visuals, a massive open-world and large-scale PvP to mobile devices. Powered by the Unreal Engine, the game features stunning visuals and large-scale open-world combat where up to 200 players can battle in real-time on a single screen – all in a gorgeous, fully featured, persistent world MMORPG that can be enjoyed alongside millions around the world and all within the palm of your hands.