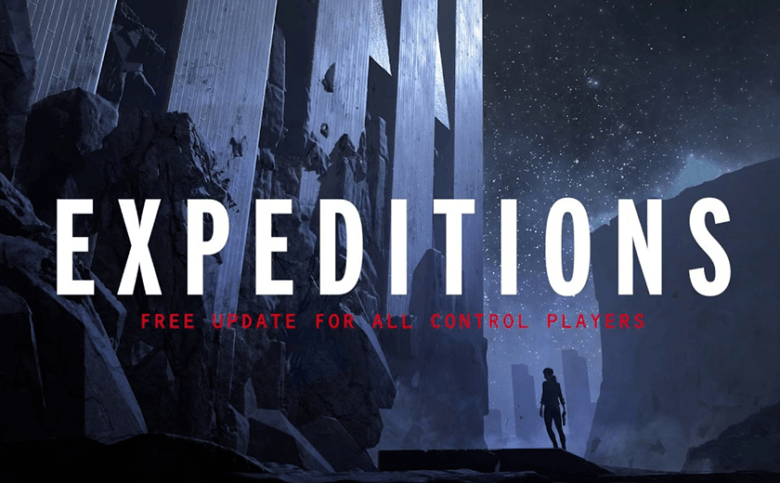 Fans of Remedy Entertainment’s Control have just received a pretty massive invitation to return to the wonderfully bizarre world of Jesse Faden, which came in the form of the game’s latest update — Expeditions.

Expeditions are the introduction of new end-game missions that players can run to further upgrade Jesse with exclusive rare loot. But just how can players access the newest addition to the Control universe? Well, its location has been right under our noses this entire time in the form of a certain mysterious jukebox just down the hall from the Central Executive Control Point.

But first, players are going to have to grab a token. The first of these can be found on a crate right next to the aforementioned Control Point. The coin will be highlighted when Jesse is close so it’s not hard to miss! Next, Jesse will have to talk to Arish about the newly-acquired coin, granting her a quest to investigate the jukebox, and some agents that have gone missing within.

The jukebox acts as a sort of portal into a part of the Black Rock Quarry known as the Threshold, and it’s here that the new Expeditions will take place. Expeditions are a series of four challenges that must be completed within a set amount of time — ranging from reclaiming a point from the Hiss, to recovering lost data, or just eliminating foes. However, each Expedition has at least one random modifier that will affect both Jesse and the Hiss, such as double damage. More tokens can be used to up the difficulty by adding more of these modifiers, which will also grant Jesse better rewards for winning. Most of these rewards are rare modifications that can only be found within Expeditions as well as useful crafting materials. However, players looking for some sort of cosmetic prize will also be happy to know that there is a new costume to unlock, but doing so isn’t going to be easy as it requires surviving through the highest tier of Expeditions.

More Expedition runs will require more tokens. Luckily, they’re not too rare to come by. Tokens can be earned by completing alerts and board countermeasures within the FBC and can even be crafted at Control Points.

There’s not a whole lot Remedy Entertainment needed to do in regards to improving their latest game as it was already one amazingly unique third-person shooter/adventure game … but after returning to Control for it’s latest update, I have to admit, it seems that pretty much all of my previous complaints about the game have been answered! The frame rate (which was initially abysmal in larger fire-fights) now seems to be pretty steady for the most part, and the Expeditions mode adds a whole new chunk of content to dive into once the game’s story is completed. This is great because if there was one thing I wanted when Control ended, it was more reasons to return to the FBC.

Along with the latest update, Remedy have also officially announced Control’s first full expansion — The Foundation — which will be out on March 26th.

For more on the latest Control news, stay tuned to GamingLyfe.com!