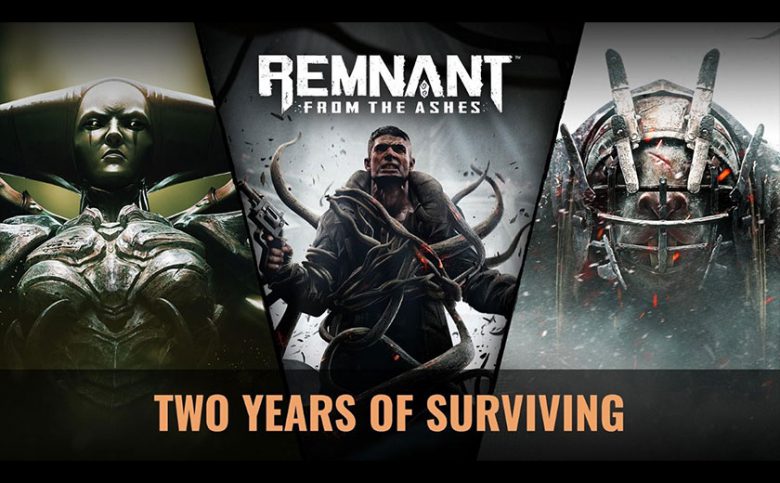 In celebration of the 2-year anniversary of Remnant: From the Ashes, Perfect World Entertainment and Gunfire Games announced an anniversary sale for the game on Steam and Epic Games Store alongside the release of a new “Two Years of Surviving” trailer.

Having launched on PC, PlayStation 4, and Xbox One on August 20th, 2019, Remnant: From the Ashes was hailed as one of the best sleeper hits of the year — and has since transformed into a beloved franchise with the release of the Swamps of Corsus and Subject 2923 premium DLCs in 2020, culminating in the launch of the Remnant: From the Ashes Complete Edition. In May 2021, Remnant: From the Ashes received a free major upgrade patch for PlayStation 5 and Xbox Series X/S that allows players to harness the power of new-generation console tech to dramatically improve the game’s visual fidelity and performance.