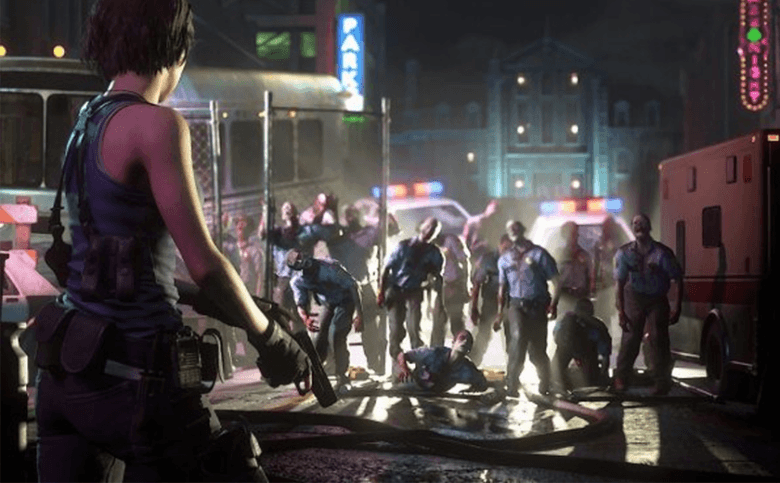 A new Resident Evil 3 trailer has arrived, and not only do we get a lot more of Carlos and Delta Platoon this time, but also a great deal of the iconic bioweapon himself (itself?) Nemesis. There’s a lot to talk about in this trailer so let’s jump right into it!

One of the first things that struck me in this new trailer (outside of everything involving Nemesis, of course) is that there seems to be a decent amount of survivors Jill will be encountering in this game. At one point in the trailer, we see Jill and Carlos speaking with Mikhail in what appears to be a subway car, and in the background we can spot several survivors. This, coupled with some of the shots from the last trailer that showed several survivors fleeing from the outbreak, leads me to wonder how much interaction Jill will have with some of these people. Will we be saving some of them along the way (maybe bringing them back to Mikhail)? It’s unclear how much of a role they’ll play for now, but Capcom has stated that they plan to take some liberties with this remake so anything is possible. 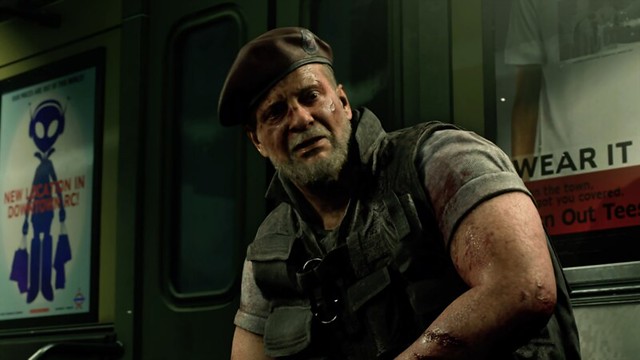 We also get our first full look at the Hunter — which was only shown in the last trailer as a blink-and-you’ll-miss-it tease. Needless to say, these things look more intimidating than ever before. They’re huge, imposing creatures and if they’re anything like the Hunters in previous games, they’ll likely be incredibly agile and equally dangerous. I’m almost more terrified about encountering these things than Nemesis! 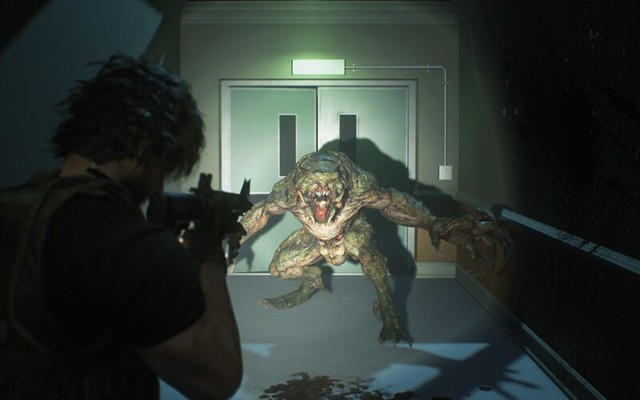 And speaking of Nemesis … yes, it’s finally time to talk about the big man-thing himself. This trailer was called the “Nemesis” trailer after all, and it certainly didn’t disappoint in that regard. Anyone who was afraid that Nemesis might be just a glorified Mr. X in the upcoming remake can now rest easy, as Nemesis is seen toting some very familiar gear from the original Resident Evil 3 as well as an entirely new piece to his arsenal — that being the flamethrower. 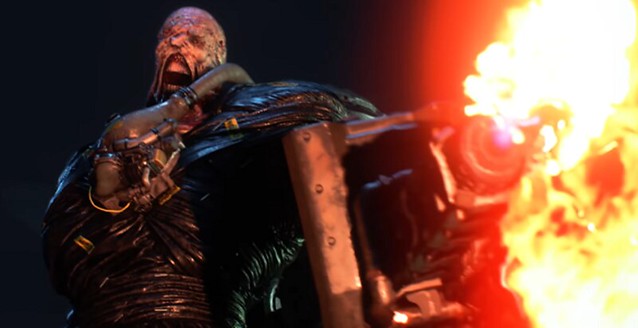 Judging by some of these screenshots, it appears as though Nemesis will have the flamethrower somewhat early on in the game and the rocket launcher (one of his classic weapons) sometime later. I mention this because, if you look closely at the screenshot where Nemesis is holding Jill up on the end of his launcher, it looks as though he’s slightly damaged and mutated, something that would happen as the original game progressed. However, whenever Nemesis is seen holding the flamethrower, he looks relatively unscathed. Only time will tell if Nemesis also ends up getting his signature minigun, but I feel like the flamethrower might be its replacement. 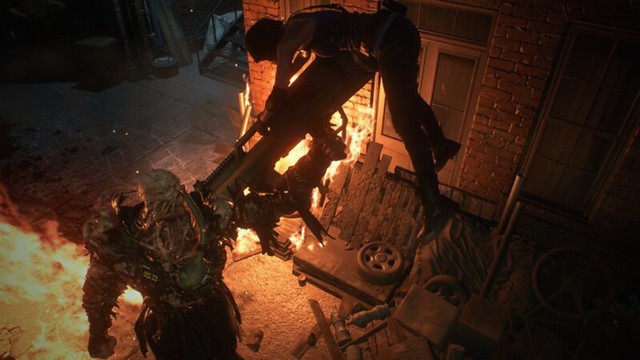 Throughout the trailer, we see Nemesis hunting Jill. At one point he even uses one of his tentacles like a whip, wrapping it around Jill, and pulling her toward him. Does this mean Nemesis will also be able to attack from a range even without weapons at his disposal? It seems that Mr. X (as terrifying as he was in the Resident Evil 2 remake) will probably end up looking like a pushover compared to Nemesis!

Overall, it looks like Resident Evil 3 is shaping up to be an excellent follow-up to Resident Evil 2 — one which will not only be packed full of explosive action, but also terrifying encounters … the likes of which might make some players want to sleep with the light on! Thankfully, its April 3rd release date is just around the corner so fans won’t have to wait long to get their hands on this potential masterpiece of Survival Horror.

For more on the upcoming Resident Evil 3 remake, stay tuned to GamingLyfe.com!