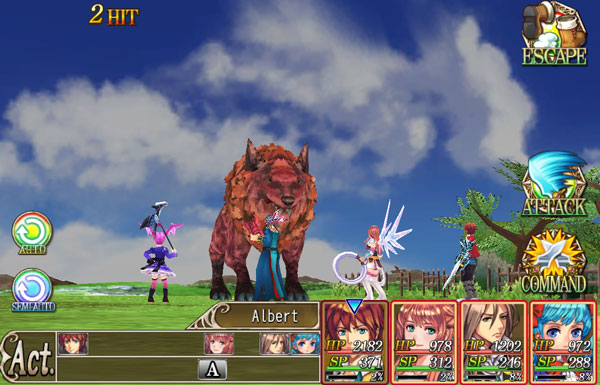 After his childhood friend’s parents are stricken with the plague, Albert meets one Dr. Moreau, and agrees to participate in a trial experiment for the promise of a potential cure. However, when the experiment itself proves to be a facade for turning humans into revenants and the Rystorian Order suddenly intervenes, Albert is left with the soul of a demon inside him vying for control of his body. Realizing the same mad scientist who tricked him is also responsible for his childhood friend’s death and many others close to him, he sets out on a journey alone to exact revenge on the man who ruined his life…

However, after crossing paths with revenant hunter slash potential valkyrie, Esther, and being pushed into joining her cause, Albert begins to seriously wonder if or how long he will be able to keep his secret from his new companion. To make matters worse, she has been endowed with the very powers capable of vanquishing those like him!

Who will it be that saves mankind?

Albert, a conflicted young man possessed by a demon, yet trying to live his life as an ordinary human? Or Esther, a young woman who has seen Rystoria in vision, and possesses holy powers? Find out as the many bumps and mountains their journey takes them over begin to unravel the truth!

Smooth controls and a fluid camera make 3D battles in Revenant Saga stress free and perfect for mobile devices! In addition, powerful skills with brilliant effects enhance the gaming experience like never before! And with auto and semi-auto functions, battles are as simple as the touch of a button!

Transform and Lay Waste to the Enemy

Transforming in battle morphs characters into more powerful beings. While in this state, damage dealt increases, damage received decreases, and new, powerful skills become available. The crux of this, however, is the inability to restore HP or revive a swoon party member. This makes it critical to monitor HP at all times and untransform if necessary.