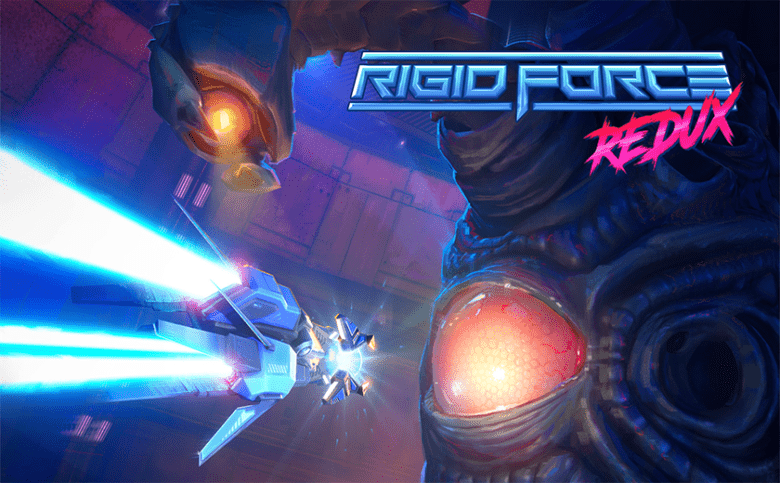 Headup, the critically acclaimed publisher of independent games, announced today a summer 2020 release for Rigid Force Redux on Nintendo Switch and Xbox One. Developed by com8com1 — a studio led by Marcel Rebenstorf, who previously worked at Ubisoft Blue Byte on titles such as ANNO and Might and Magic Heroes Online — the game has players piloting their spacecraft against an onslaught of aliens, powering up via special Energy Orbs and Force Shards which offer special offensive and defensive abilities. Rigid Force Redux will breathe new life into the classic side-scrolling shooter genre with its lovingly hand-crafted 3D models, stunning environments, detailed effects, and an electrifying Synthwave soundtrack.

Influenced by old-school shmups like R-Type, Turrican II, and Gradius, Rigid Force Redux will have players piloting a fighter that’s positively armed to the teeth with numerous upgradeable weapon systems and supplemental Force Shards! These adjustable Force Shards allow you to shoot in multiple directions, and block incoming enemy fire, while Energy Orbs appear and need to be captured in order to boost the ship’s power supply and eventually unleash an extremely powerful blast against the enemy horde. All that doesn’t only look great, but also makes you feel really powerful.

Battle it out against huge swarms of enemies, gunships, laser wielding mechs, and giant alien creatures. Every enemy has its own unique and challenging strategy, from the tiniest creature up to the largest boss. And there’s an awesome variety of those bosses — from menacing intergalactic beasts to heavily armed Mechanoids, there’s a slew of unique super-sized opponents. Take out a rampaging Defense Satellite, assault a mutated cave-dwelling plant monster, and survive a nerve-wracking chase against the deadly Blade Guardship (to name just a few) on your mission to save the galaxy. 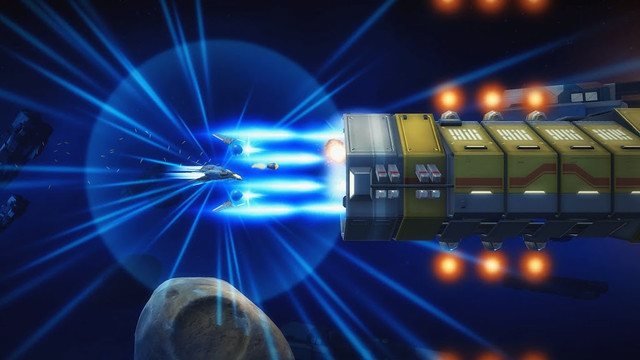 If that’s not enough, the game also includes special Arcade and Boss Rush Modes, global leaderboards and 40 achievements. Rigid Force Redux packs all the fun and features needed for endless hours of battling and blasting fun!

Rigid Force Redux will be available for Nintendo Switch and Xbox One in Q2 2020.