In the year 2064 robot combat has become the ultimate sport; Roboteers from across the planet build fierce fighters to battle in hazard packed arenas for gears and glory!

You’re invited to the greatest show on Earth – get ready to bash, smash, rip and flip your opponents into oblivion… It’s ROBOT CHAMPIONS!

Robot Champions is a chaotic local & online arena fighter for 1 – 6 players. Gameplay is entirely physics driven, ensuring that players feel every crunch as their robotic warriors smash the competition in fast and frenetic matches. Every aspect of Robot Champions has been designed with responsive and impactful gameplay in mind to ensure Roboteers enjoy combat from round one.

Getting into combat is simple: Select your ‘bot, apply perks to modify performance, go crazy with customisation and you’re ready to fight. 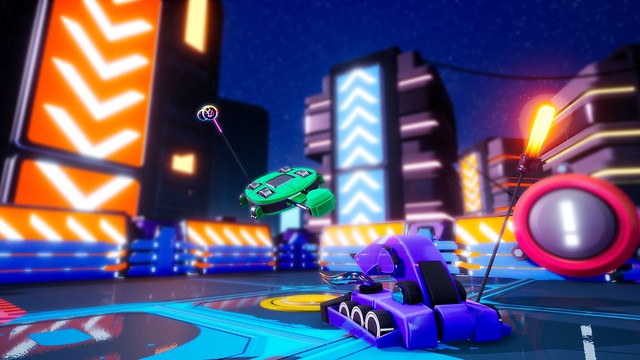 Competing in Robot Champions will take you from Cairo and Tokyo all the way to the edge of the Galaxy. Every arena is packed with hard hitting hazards to guarantee every fight is explosive.

Prospect Games will be raising a minimum of £30,000 from August 20th – September 24th on Kickstarter to help fund the development of Robot Champions, and is playable as an online pre-alpha demo on Steam right now!

While the game is currently planned for PC only, the team is working towards releasing on as many platforms as possible and with a successful Kickstarter, they can reach them even faster.