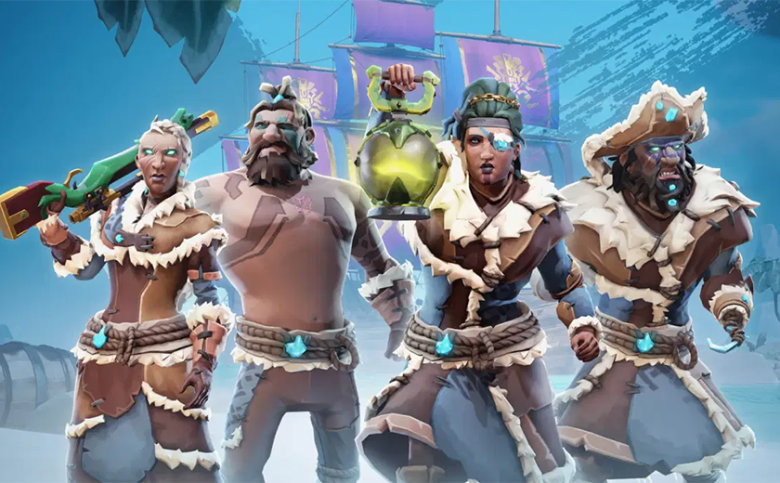 As we enter a brand-new year, Sea of Thieves enters a brand-new era with the arrival of Seasons! New Voyages, Events, rewards and ways to play are all packed into Season One, available as a free download today for all players with Xbox Game Pass and across Xbox Series X|S, Xbox One, Windows 10 PC and Steam.

As with all of our previous content updates, Season One – including all 100 levels of rewards – comes free of charge to all players, with the brand-new Plunder Pass available for additional purchase to gain early access to premium rewards. You can read more about the introduction of Seasons and the Plunder Pass in more detail below, but we’re delighted that all pirates will be able to play everything a Season brings regardless of whether or not they pick up the Pass! 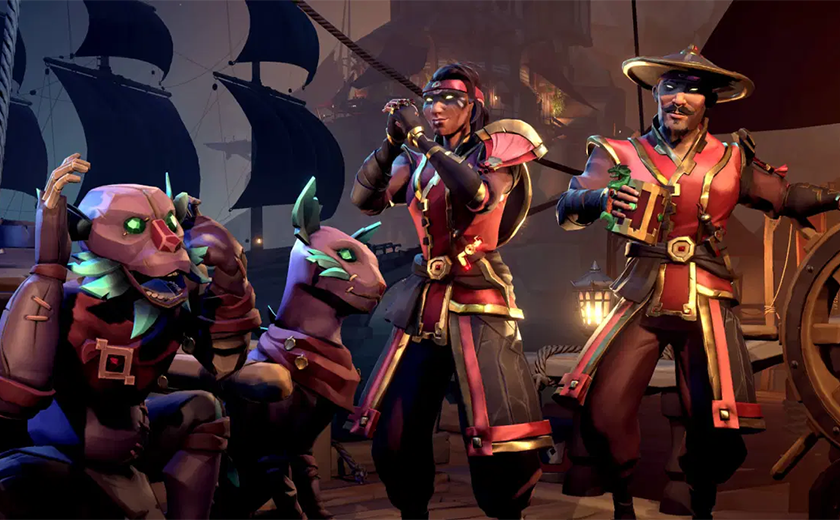 Seasons in Sea of Thieves are designed to run for around three months at a time and bring a brand-new layer of progression to the game. Making your way up through each of the 100 levels in Season One will unlock a reward each time, from gold and Doubloons to cosmetics and even Ancient Coins to spend on goods in the Pirate Emporium!

Ascend through the levels by increasing your Renown, which can be done naturally by sailing the seas and doing all the things you’d normally do. Renown is designed to ensure you won’t walk away from a session empty-handed, as you’re constantly being rewarded for play rather than being dependent on cashing in loot. You can also raise your Renown in leaps and bounds by completing Trials: themed sets of Deeds that cover almost every available activity in Sea of Thieves, from visiting every island in a region of the world to vanquishing Ashen Lords and sea monsters. So whether you prefer to casually earn Renown naturally throughout your adventures or seek it out through Trials, progression in Seasons adapts to fit your playstyle. 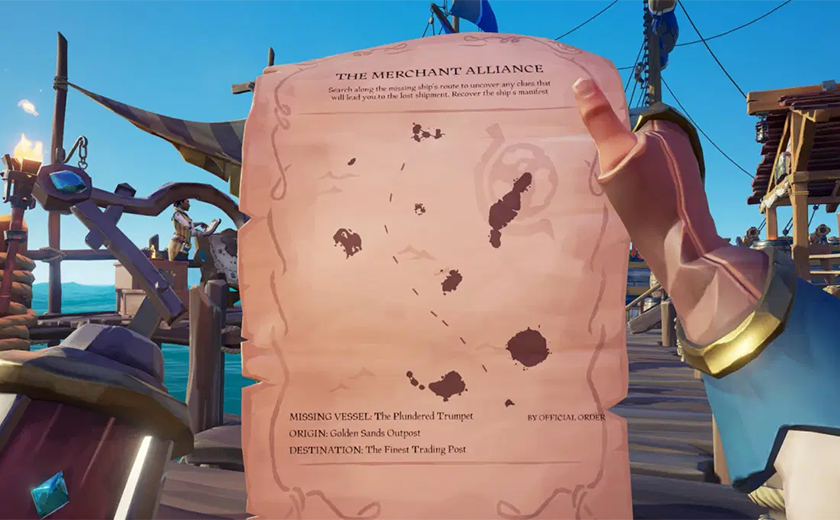 Season One also launches with Lost Shipment Voyages, a new way to engage with the Merchant Alliance. These Voyages turn you into a seabound detective, seeking clues to precious deliveries that went down with the ship out there somewhere along the trade routes. Retrieve the Cargo Manifests to earn Merchant Alliance rewards and reputation, but find the key to the Captain’s cabin and you can also recover treasures from these written-off wrecks! If you enjoy these new undersea undertakings, don’t worry: Lost Shipment Voyages are set to remain in the game as a permanent feature.

With all this plus Season One’s first time-limited Event – taking down undead marauders for their Soul Fragments, securing the Order of Souls weapon set in the process – and more Twitch Drops treasures on tap from Sea of Thieves Partnered streamers, our latest content update delivers an enormous number of new gameplay opportunities that players can pick and choose from as they see fit.

Meanwhile, one of the Emporium’s headline items to accompany the launch of Seasons is the Plunder Pass. With a single purchase, the pool of rewards available to earn through Seasonal progression gets a significant boost! Picking up the Plunder Pass adds 11 premium Pirate Emporium items to the rewards obtainable during Season One, including many that are previously unreleased – such as the Dark Warsmith Blunderbuss, Eye of Reach, Pistol and Cutlass, along with the proud Silver Skull Sails. If you’re planning on doing all you can to raise your Renown, the Plunder Pass is a seriously promising proposition! 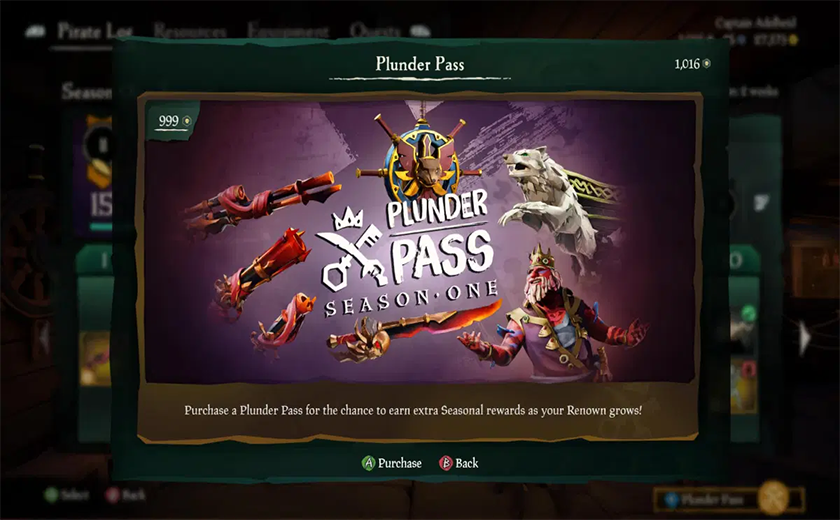 Elsewhere in the Emporium, a new year is marked with exotic Lunar Festival gear including a ship livery and weapon bundle, plus an all-in-one pirate costume and matching pet outfits that will render you almost too elegant to assault. Flamboyant new emotes let you flaunt your weapon skills or just your unshakeable confidence, while the eerie Order of Souls Possessed Pets will appeal to cat connoisseurs and monkey devotees with a darker streak…

While our first content update of 2021 delivers lots of new and exciting features, it also brings a key technical update. With this release, Sea of Thieves running on Xbox Series X gets a Performance Mode option – enabling a stunningly silky 120 frames per second at 1080p for pirates who want to prioritise fluidity. Found in the Settings menu, this mode requires players to have a TV capable of supporting 120hz before it can be switched on, but those who do will be able to activate 120fps at 1080p as an alternative to 60fps at 4K. Talk about smooth sailing!