Business is about to pick up in Verdansk.

Season Four of Modern Warfare, including Warzone, will receive an update at 11 p.m. PDT on June 29 that will fundamentally change the battle in Verdansk. 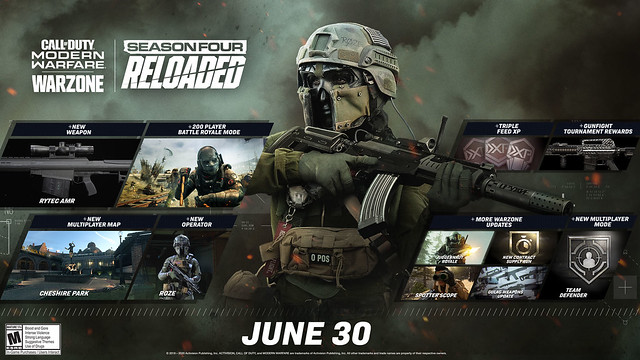 Captain Price needs you all this week – especially as the Armistice alliance is all but broken with infighting between Allegiance and Coalition forces threatening to cause chaos across Verdansk – so here is your emergency briefing: 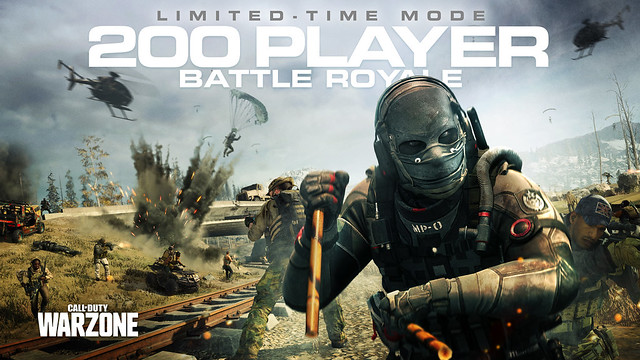 With this update, Verdansk will now be able to hold up to 200 players in Battle Royale Quads. That means 50 Quads of Operators fighting each other and the encroaching circle collapse.

This new player count makes Warzone an even bigger Battle Royale experience, so get ready to drop in alongside 199 other members of this millions-strong community to cause havoc! 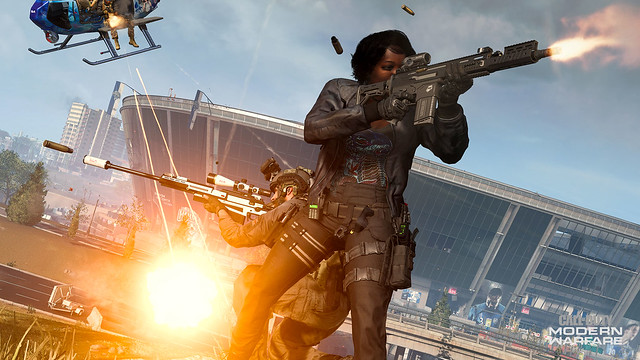 Please note that the Season Four Reloaded update will have a download size of approximately 22-36 GB for owners of the full version of Modern Warfare. Console owners must install a secondary download of approximately 3.5GB, then reboot the game to access Multiplayer, if desired. A reminder, console players can choose also to uninstall/remove other data packs (e.g. Special Operations), if no longer needed for a smaller overall file size.

Once the Season Four Reloaded update is fully completed, it should minimally increase the overall digital footprint of the full version of Modern Warfare.

Existing free-to-play Warzone players will have a download size of approximately 22GB-30GB, once finished there will be a reduction to the overall footprint on their machines. 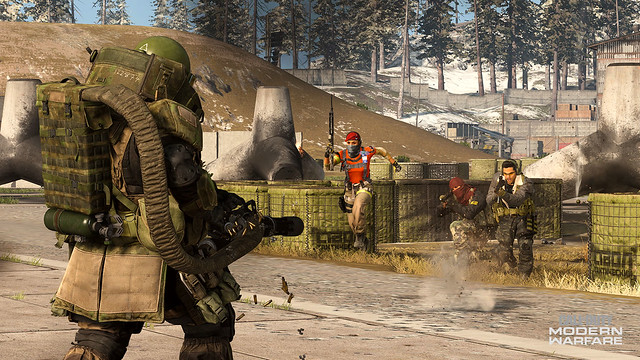 That’s not the only new intel we have on Verdansk:

While travelling and fighting your way through the Warzone, be on the lookout for Supply Run Contracts. Upon activation, you and your squad (if applicable) will be directed to a nearby Buy Station. Reach it within the time limit to get a discount on Buy Station purchases.

Our recommendation? Two feet can only get you to a Buy Station fast enough, so consider alternate modes of transportation. 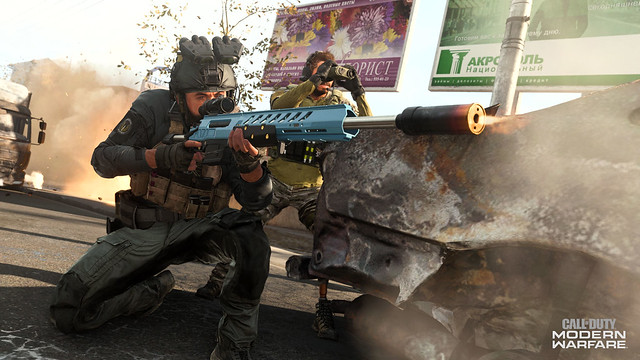 There’s a new piece of gear around Verdansk: the Spotter Scope.

Think of this as a high-powered scope without the glint; this re-usable scope allows you to scan the environment around you and mark enemies without being detected. Perfect for scouting ahead, the Spotter Scope is a great tool for Operators who want to plan their next move while keeping a low profile. 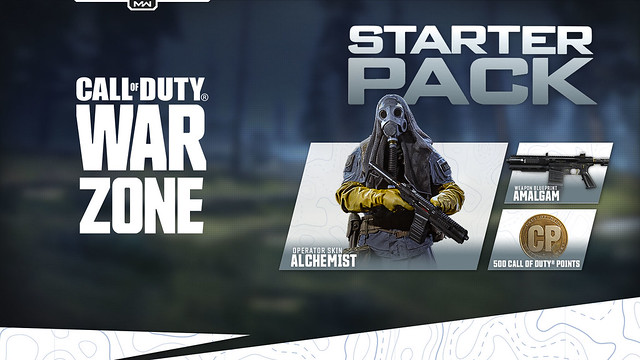 Just joined the fight? All Warzone players can pick up the Warzone Starter Pack to get a jump-start off the Cargo Plane into Verdansk.

For only $4.99 USD SRP (or regional equivalent), get a major boost to your loadouts, Operator collection, and XP earn rate with this pack that includes the following:

This Legendary Shotgun Echo Blueprint can punish players who dare to challenge you in CQB scenarios.

This skin outfits Krueger for Verdansk’s most hazardous conditions.

Give your profile some flair with these personalization items.

These two tokens give an hour of double Battle Pass Tier earn rate, and double XP towards weapon levels respectively. 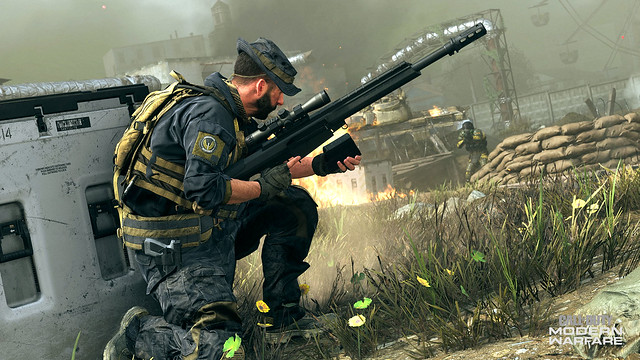 A Powerful Sniper Rifle for your Arsenal

This .50 caliber-chambered beast joins the three other weapons in the sniper rifle category and is yours to unlock via in-game challenge. A blueprint variant is also available to get through the Store via the ‘Lost Souls’ bundle.

Whether you need to lock down an objective in Multiplayer, lay waste to AQ in Co-Op, or take that cross-Verdansk shot in Warzone, the Rytec AMR is one of the deadliest semi-automatic anti-material rifles an Operator can get their hands on. Use the included picatinny rail to Gunsmith it out to the situation at hand and get back in the fight as your squad’s reliable sharpshooter. 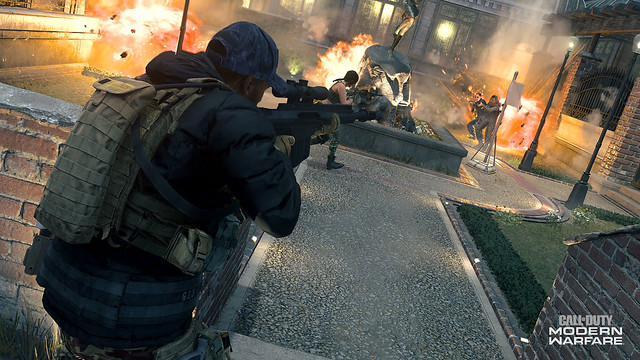 Those who have the full Modern Warfare experience have a new locale to deploy to: Cheshire Park.

Located in urban London, England, Cheshire Park is a picturesque garden and conservatory where Operators will battle from door to door or through the central flora-filled area​.

Take to the townhomes for long sightlines, the stores to capture objectives through intense CQB battles, or take to the side streets to take some shortcuts. If you dare, try to challenge those who may set up shop in second story windows, phone booths, front yards, or scaffolding. 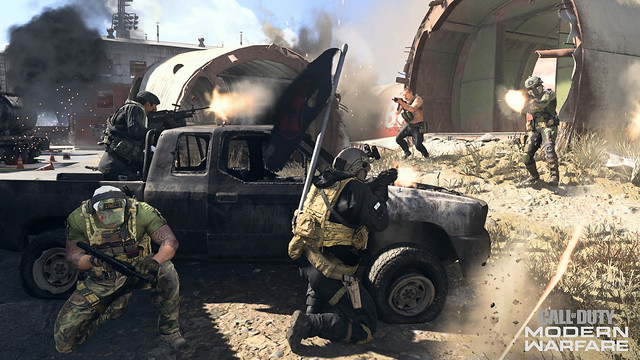 Introduced nearly a decade ago, Team Defender returns to Modern Warfare as a fast-paced objective game mode that puts a twist on the traditional Capture the Flag formula.

Instead of both teams defending their respective flags, there is only one flag for a squad member to capture and hold onto. A squad earns a point for every second that one of their members holds onto this flag, which means defending the carrier is a must for victory.

Other than needing the flag to earn points, attackers will want to down the carrier for points, which will lead to games where both squads will frantically attempt to wrest control of the flag until the very last second in this pulse-pounding Multiplayer experience. 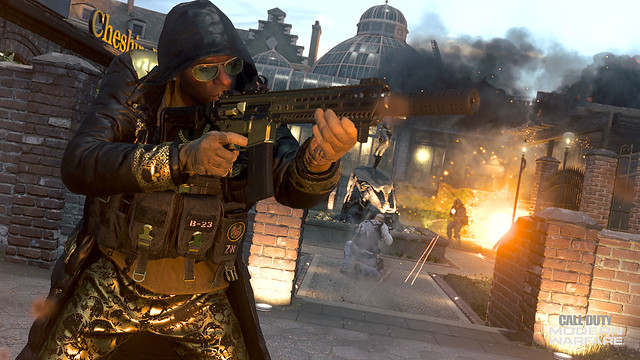 A fresh shipment of new bundles reached the Store to go along with this update, including a new Operator – Roze – who highlights this new collection of content.

Outside of a new reinforcement for the Allegiance, new bundles to be introduced after this update include the ‘Rogue Operative’ bundle, featuring one of the Allegiance’s resident badasses and a Legendary Assault Rifle Juliet blueprint, and the ‘Golden Idol’ bundle, which decks Zane, and the associated blueprint and more, in gold-trimmed everything. 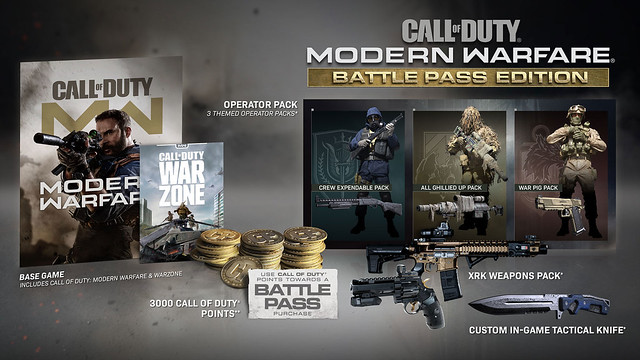 Upgrade to the Full Experience

Have yet to drop into the full version of Modern Warfare? Get the Modern Warfare Battle Pass Edition now to experience a suite of Multiplayer maps, experience a thrilling Campaign and play through Special Operations that continue the narrative of Campaign through challenging team-based experiences.

The digital Battle Pass edition of the comes with the following:

Visit CallofDuty.com, select the Modern Warfare Battle Pass Edition, your preferred platform, and region to get the game. Download to start playing.

Ready up and enjoy the new content available as part of the Modern Warfare Season Four Reloaded.

0 0
Previous ArticleBritannic: Patroness of the Mediterranean Invites You To An Unforgettable JourneyNext ArticleTesting and Reviewing Spin Casino and Games