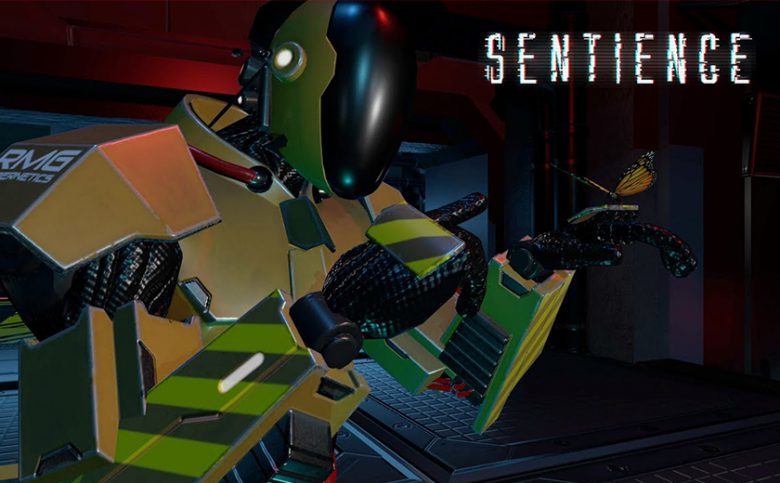 In Sentience, players face a world where humanity no longer exists, and the world is now ruled by an android society. As some androids develop sentience, a resistance develops, upsetting the once idyllic automation.

“We were thrilled with the response to the demo, and we can’t wait for fans to experience multiplayer,” Norma Rossler, Owner of Red Meat Games and Producer on Sentience, commented. “Early Access is the perfect opportunity to gather even more feedback as we work towards releasing on consoles, and finalizing the PC version.”

Short round-based cooperative gameplay. Compete with other players online, or play offline with single-player round-based games against in-game AI.
For online multiplayer, a matchmaking system connects players with friends and other players. Players can communicate via optional in-game voice chat.
Engaging gameplay where players choose to fight for freedom from Sentinel (hunters) oppressors or keep the peace by keeping Rogues (hunted) at bay.
A unique take on the beloved stealth multiplayer genre, featuring an intriguing story set in a sci-fi cyberpunk-dystopian world.
Free-to-play with upgradeable cosmetic features