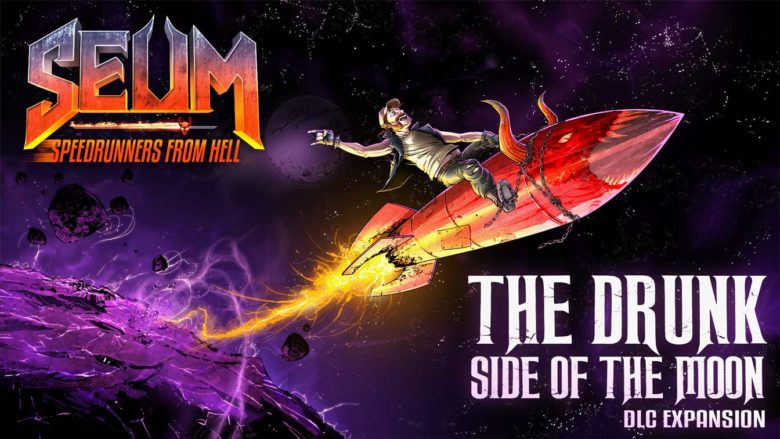 “The Drunk Side of the Moon” DLC out now on Steam with the main game discounted by 66.6 %!

SEUM: Speedrunners From Hell, the only heavy metal first-person platformer, is getting its first DLC today.  The Drunk Side of the Moon adds three new power-ups and 33 new levels in an all-new space environment.

Speedrun mode now has mutators which allow you to play speedrun mode by having a power-up of your choosing when you start the level. This also means you will be able to replay the old levels with completely new strategies. In addition to that, find new music by Jitz and several secrets and easter eggs.

And when you’re done playing all the new levels on The Drunk Side of the Moon, you can make your own with the map editor. We’ve updated it with full support for new power-ups. Those are:

If you own SEUM already, get the The Drunk Side of the Moon DLC now for just 5 bucks on Steam (due to a temporary 17% release discount). The main game is getting a huge discount as well with 66.6% off, so also under 5 bucks.

In SEUM you run, jump, fly and teleport through more than a hundred deadly arenas, each more devilish than the last. Yeah it’s hell – but also heaven for every speedrunner out there! Play your best (as Markiplierund Jacksepticeye before), and secure a top spot on the online leaderboards and find the hidden beer cans hidden throughout in every level.