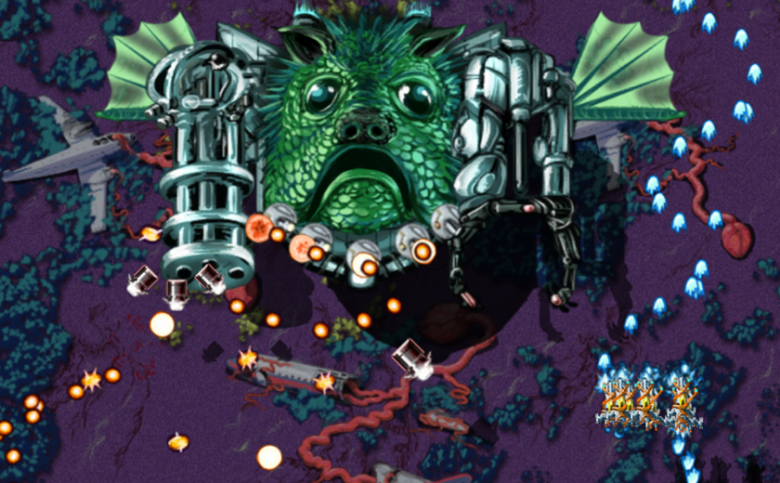 Mommy’s Best Games is set to release their acclaimed shooter worldwide via Xbox One on December 4th. Pre-orders start on November 11th.

Shoot 1UP DX is an award-winning twist on the shmup formula: instead of hoarding each 1UP, you now may play all your ships at the same time. Starting with three ships, players can continue to build an armada of fighters, and deftly blast their way through 8 wild levels of alien forces.

“I’m excited for players to enjoy the game using the power of the Xbox One”, says lead game designer Nathan Fouts “playing 2-player coop with 60 ships at the same time, all shooting, and still running at 60 frames a second shows a spectacular swirl of silky-smooth action in 4K resolution!”

Xbox One players around the globe will soon get to play the game on December 4th. Players can pre-order the game starting on Wednesday November 11th. Shoot 1UP DX is a remaster of the original game, now featuring new levels, new enemies, and more bosses.

Key Features for Shoot 1UP DX

0 0
Previous ArticlePrepare for some epic hack-and-slash combat and charge into battle on a pig in Wonder BladeNext ArticleReturn to Dragon’s Lair with New Wave Toys’ 1/6-Scale Mini Arcade Cabinet, Out Now