BANDAI NAMCO Entertainment Inc. would like to announce a new smartphone game for the App Store/Google Play: That time I got reincarnated as a slime ISEKAI Memories, coming in 2021, and the beginning of pre-registration for the game! Pre-register here:

Relive the story from the anime, and embark on an original adventure, exclusively for this game, written under the supervision of Fuse, author of the original light novels. A stunning array of skills will be at your fingertips in an intuitive card-selection battle command system that players of all skill levels can easily master.

Be reborn as Rimuru, build your own nation, and work with your allies to make Tempest thrive!

Message from the Producer & Opening Anime

Check out this message from That time I got reincarnated as a slime ISEKAI Memories producer and huge Tensura fan Onishi celebrating the game securing an international release!

Here you can catch a sneak peek at an original costume players can get as a reward in-game for Shuna, Pink Ogre of Heavenly Light!

Once the game launches, players will receive rewards based on how many people pre-register worldwide!

All sorts of useful items are on the table, including power-ups, equipment, and more!

The pre-registration campaign is your chance to recruit Shuna(300K pre-registered) in an exclusive outfit you won’t see anywhere else! Her finishing move animation is awesome, and she’s very effective in battle. 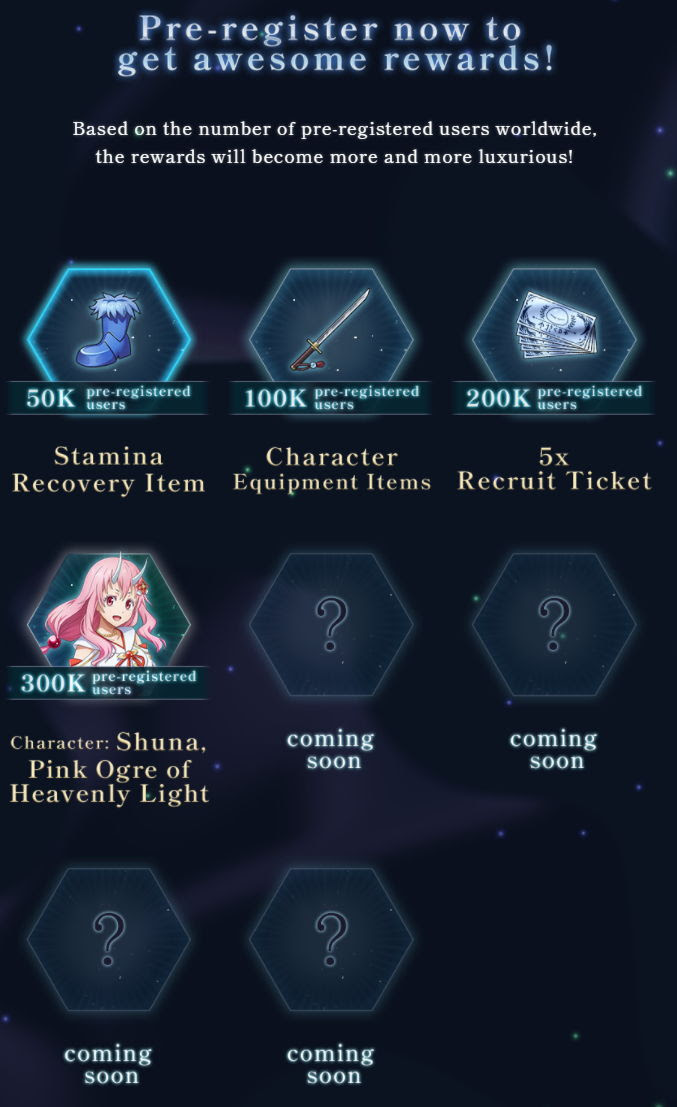