I have nothing but respect for speedrunners.To be able to find frame perfect jumps and move with such perfection, it’s exquisite to me. I usually don’t watch let’s plays for games, but you should try watching a speedrun of your favorite game. It makes you look at it from a whole new perspective. That’s why I am certain that Slime-san will be a speedrunners paradise.

Slime-san puts you in the role of a simple and cute slime monster. One day, while walking through the forest, a gigantic and monstrous worm chases him and his bird friend, swallowing them both whole. The worm’s body has survivors, a working city and even an arcade. If you try to escape, however, its acid will chase you throughout its body. To get back to his family you’ll have to run, jump, and slide through hundreds of stages.

Slime-Sans Gameplay is completely solid. It’s a pure platforming game that introduces new elements in each stage. You have two timers: one tells you how fast you must beat the level to gain a trophy, and the other one tells you how long you have until the worm’s acid comes after you. The stages can vary from scrolling stages to boss battles. Slime san has plenty of tricks to help you navigate levels from multidirectional dashing to backflip wall jumps and wall climbing. Controller and keyboard are both viable, thankfully they both have equal levels of precision when controlling Slime-San. 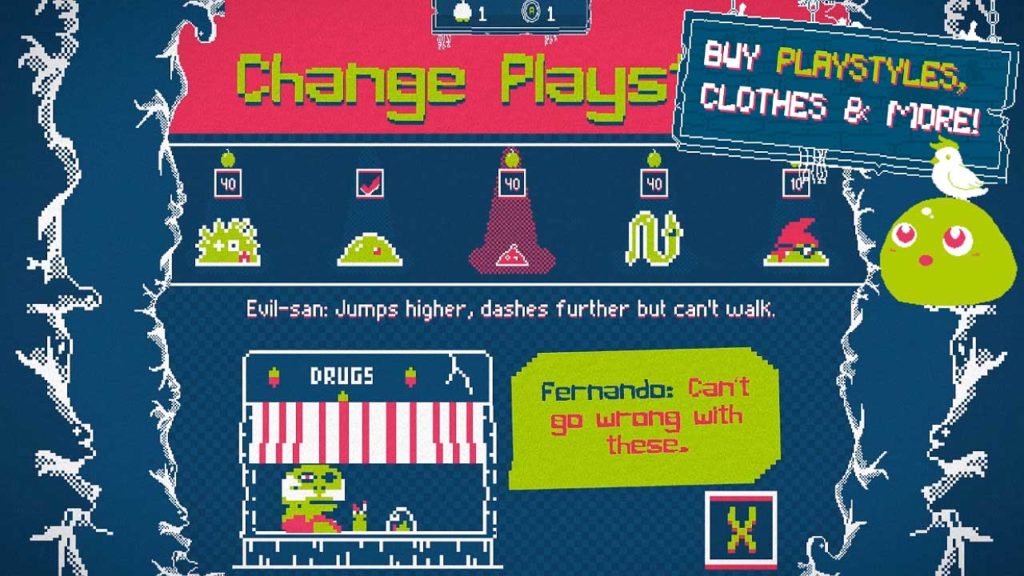 The game has plenty of variety in its collectibles and extras to. Aside from unlocking art you can unlock new gameplay styles and outfits for Slime San. The game has extra challenge levels as well as special tutorials to teach you advanced techniques. If you want to take a break from the main game you have plenty of bonus mini games to choose from. If your a streamer you can activate Twitch mode, your audience can vote on ways to make the game just a little bit harder for you.

Visually this game is a lot of fun. While some people might think it’s a cop out to appreciate it because of a pixel art style, I feel Slime-San pushes itself enough to set itself apart from other pixel style games. The biggest strength of this game is the pacing. While speed running games are not my thing I still felt very motivated to keep progressing. By introducing new mechanics naturally throughout the stages without annoying hand holding, I didn’t feel any frustration each time I died. Once my skills improved, it felt great to move on to the next stage. Not a lot of games do the naturally teaching thing anymore.

This game comes with two sets of free DLCS that expand upon the game. Keep in mind that those who own the original Slime-San get these for free, you can buy them separately if you want to try the DLC first before going into the main game.

In Blackbirds Kraken, Slime-San and his family try to take a much-needed vacation, only for a black bird to mistake them for treasure thieves, they are now stuck on an island working together to escape.

In Sheeples Sequel, the character Sheeple decides to create his own levels. His only goal is to take out Slime-San and become the protagonist of the series.

Both of these DLC Expand upon the original game with new ways to play, BlackBirds Kraken adds a submarine mode as well as new mini games and collectibles. In Sheeples Sequel you’ll have another new set of collectibles as well as a rhythm game mode to enjoy.

This game series has a massive amount of content with over 100 levels in the original game and 40 to 50 levels in each expansion. However, the games main content can get repetitive with the “acid” chasing you in each level. The acid mechanic sticks around in both expansions as well. I understand this game is targeted to gamers who like a very specific type of challenge. You need to be quick on your feet and you’ll need to learn through trial and error. Yet I am just not inspired to try and earn a trophy for each level specified completion time. With any gamer, eventually they will figure out the optimal playstyle for the fastest times and the other playstyles will just feel like a waste of time. It would have been nice if this game had other reasons to improve your time, including exclusive unlockable tied to the trophies. The music is nice to, but it can be repetitive when you’ve heard it over a 100 level adventure.

Despite these small and dare i say subjective issues, Slime-san is a wonderful series that deserves the attention of gamers of all types. Hopefully, the developer will make a full-fledged sequel for this cute little jerk.

Written by
Julian Martinez
Julian Is a writer, video game lover and a magician loving gambler. I enjoy games that are frustrating for others and rely on just a little luck like Darkest Dungeon or Renowned explorers. While I may have slow content output some weeks while i'm in college, I hope to provide nothing but the best for Gaminglyfe. 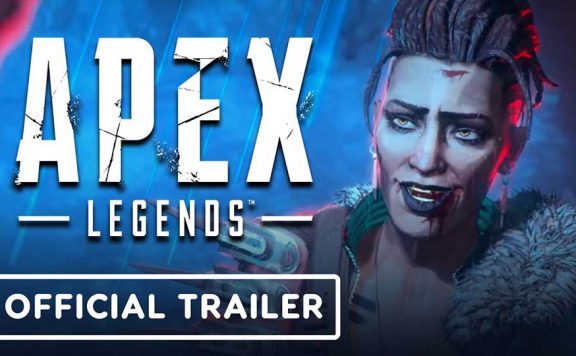 Sheeple's finally lost it! He is convinced that everything's just part of a giant videogame and that he was coded to simply be a side-character. Which is why he decided to recode himself to become the villain instead... Can you defeat his nefarious levels and come out of it unscathed?
7.5
Average User Rating
1 vote
Click on a star to submit your own rating!
Your Rating: 0
Submit
Developed By:Fabraz
Publisher:Headup Games
Platforms:Nintendo Switch, PC, PlayStation 4, Xbox