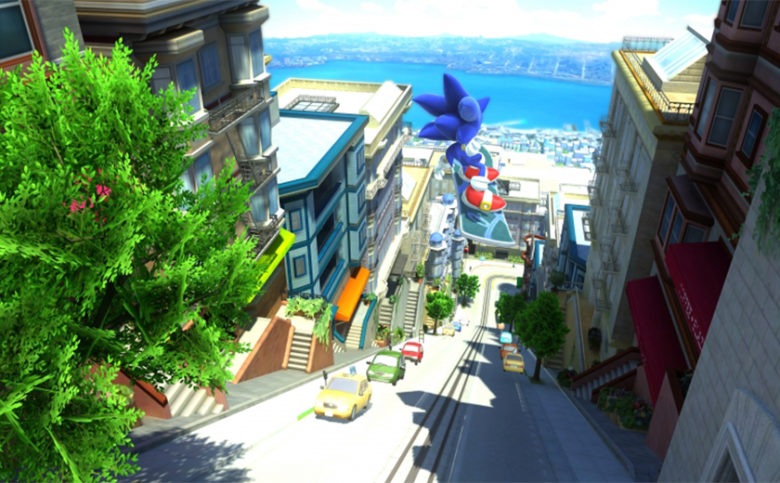 SXSW Gaming has come and gone, and for the past four years, Sega’s Sonic Team descended into the convention to deliver news on all things Sonic the Hedgehog. This year, they announced that the next release in the popular franchise is “in production” which will make it the 79th game in the entire franchise. Now, I can’t cover every single title on this look into the franchise’s past (or I would be at this forever) so I’ll discuss the main series by starting off with the Sega Genesis. 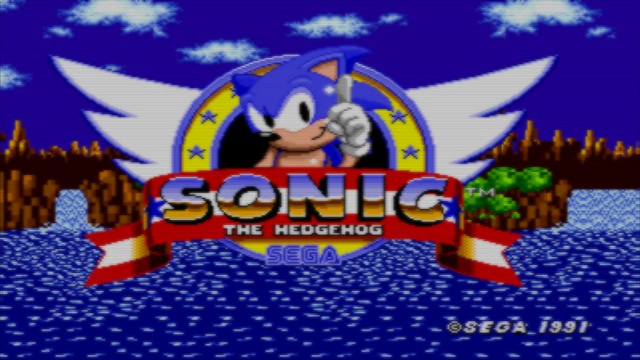 On June 23rd, 1991, Sega released Sonic the Hedgehog to North America and Europe and then Japan on July 26th. This was the new mascot for the company and the competitor to Nintendo’s Mario. Developed by Sonic Team, the game released to commercial success and thanks in part to then CEO of Sega of America, Tom Kalinske, the game wasn’t just released by itself but was also bundled with the Sega Genesis (Mega Drive in Europe and Japan). This ultimately pushed Sega into more homes and cut Nintendo’s grip on the American market by almost half by the beginning of 1992. 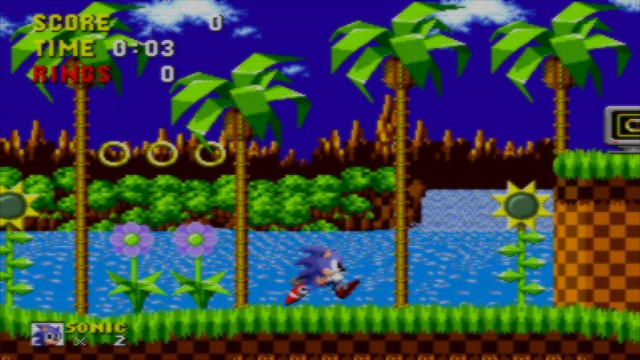 The story was simple. On Sonic’s world, the evil Dr. Eggman showed up on South Island looking for the Chaos Emeralds to use for his own nefarious purpose. He’d even turn all the animals into robots to help him look for them. As Sonic, your mission was to rescue the animals while collecting enough rings to enter the Special Stage to collect one of the six Chaos Emeralds in a rotating maze and stop Dr. Eggman before it was too late. By collecting all six Emeralds, you got the game’s true ending. The Game was and still is impressive for its time, with how many layers of scrolling it had and how fast you could make Sonic move. 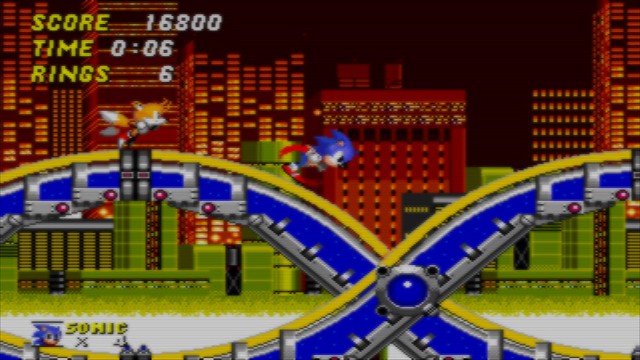 With the success of Sonic the Hedgehog, Sega wanted the Sonic Team to create a sequel, which resulted into four over the years: Sonic 2 introduced two players and Tails, Sonic CD (a time traveling mechanic) as well as Amy Rose and Metal Sonic; Sonic 3 featured the character of Knuckles; the final installment called Sonic & Knuckles highlighted its “Lock-On Technology.” All four games would see success, but Sonic CD experienced the least due to being on the Sega CD. However, it was still the best seller on the platform. By 1995, Genesis/Mega Drive Era for Sonic Team wouldn’t see another mainline entry to the series until 1998 when Sega would launch its final console the Dreamcast in Japan on December 23rd as well as in North America on September 9th, 1999 and in Europe on October 14th, 1999. Three new characters were introduced to the series: Big the Cat, E-102 Gamma, and the Chao (cute little pets that you could take care of and the game took place in a version of our world). At this time, Sega was hurting and the Dreamcast wasn’t selling as well as it hoped for. In 2001, Sonic Team would release Sonic Adventure 2 on the platform to celebrate the franchise’s 10th Anniversary and introduce fans to Rouge the Bat and Shadow the Hedgehog. Unfortunately, not long after, Sega would leave the home console market. 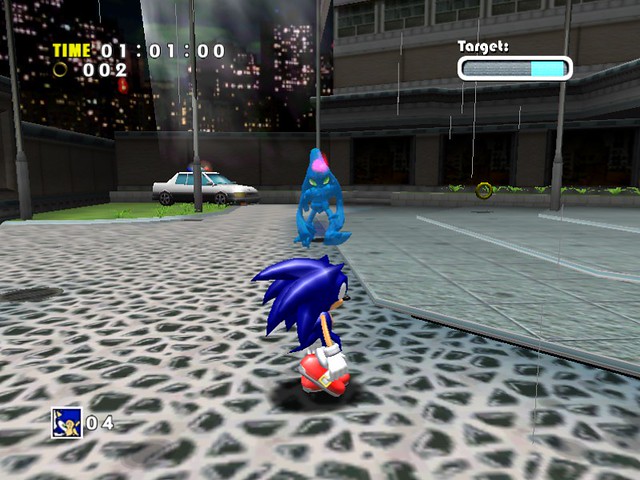 After the Dreamcast Era concluded, Sega made the decision to launch their IPs onto other platforms. Thus starting with their old rival, Nintendo, by launching Sonic Advance, Sonic Advance 2, and Sonic Battle on the Gameboy Advance from 2002 – 2004, while Sonic Heroes would launch in 2004 on Xbox, PS2, and Gamecube in North America. These games would introduce fans to Cream the Rabbit and Cheese the Chao, Vanilla (her mother), Emerl (an ancient robot), E-123 Omega (a walking robot with his own arsenal) and re-introduced the world to Vector the Crocodile, Espio the Chameleon and Charmy the Bee. Sonic Advance 3 would be the final GBA game in the main series. Shadow the Hedgehog would launch on PS2, Xbox, and GameCube in 2005 and would be the last mainline game for the 6th generation of consoles. In late 2005, Sonic Rush would launch on the Nintendo DS bringing Blaze the Cat (a Princess from the Sol Dimension) to the fans. 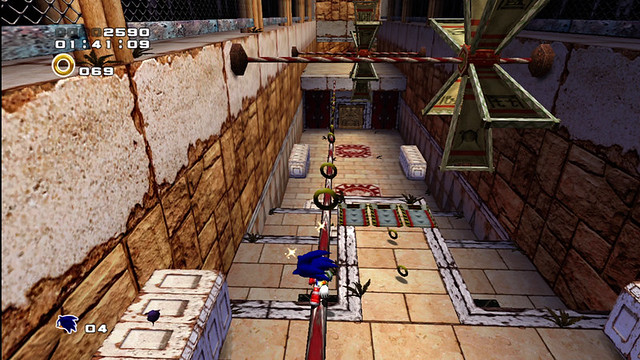 To celebrate the franchise’s 15th anniversary, Sega and the Sonic Team released Sonic the Hedgehog for the 7th generation of consoles (Xbox 360 in 2006 and PS3 in 2007) along with Silver the Hedgehog. Due to its lack of distinct title, the game has been referred to by a number of different names over the course of its development and release, most of which were coined by the Sonic fandom. Its most popular alias is Sonic ’06 and has since become a meme online to describe how bad a game in a franchise was … as the game was released “half baked.” Sonic Rivals launched in late 2006 on the PSP, and Rivals 2 released a year later on the same platform. 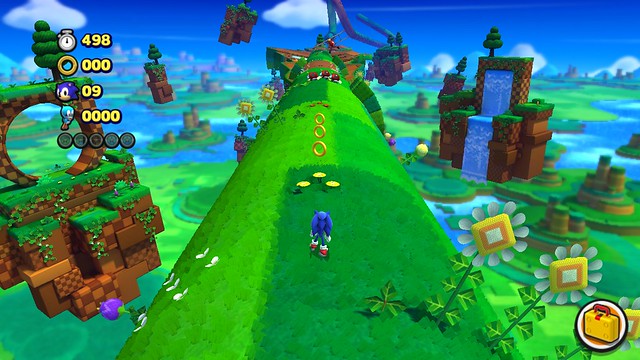 Sonic and the Secret Rings launched in 2007 on the Wii and later that year, Sonic Rush Adventure was on the DS and introduced Marine the Raccoon to the series. In 2008, Sonic Chronicles: The Dark Brotherhood releases on the DS … and seemingly caused some bit of legal trouble for the Sega publisher (I won’t dive into all the details here but the info is online if you’re interested). By 2009, Sonic Unleashed hit the streets for PS3, 360, and Wii, and was followed up by Sonic 4: Episode 1 on digital stores. Sonic Colors would launch on the Wii and DS in 2010 and bring forth The Whisps characters as power-ups. Sonic Generations launched in late 2011 to celebrate the franchise’s 20th Anniversary on PS3, 360, and 3DS while separating Classic Sonic from Modern Sonic. Sonic the Hedgehog 4: Episode 2 was released digitally the following year. Sonic Lost World came out on the Wii U and 3Ds in 2013, showing off a new group of baddies called The Zeti with cylinder-shaped level designs and parkour mechanic. 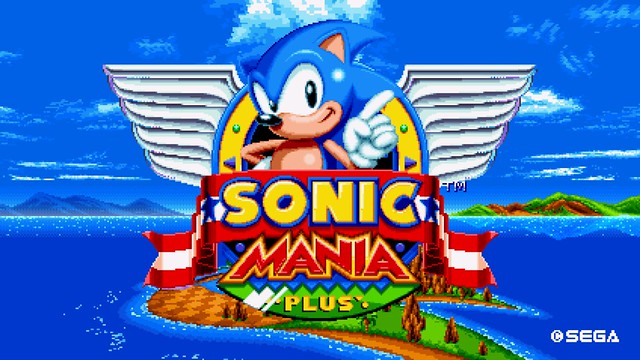 To celebrate Sonic’s 25th Anniversary, Sonic Mania (a 2D, side scroller) released digitally on PS4, Xbox One, Nintendo Switch, and PC on August 17th, 2017. It achieved huge success, being Sega’s highest-rated Sonic game in over a decade! Three months later, Sonic Forces would launch and bring forth the idea of being able to create your own character. A year later, Sonic Mania Plus would be released to stores worldwide and brought back Mighty the Armadillo (not seen since Knuckles Chaotix in 1995) and Ray the Flying Squirrel (not seen since SegaSonic Arcade in 1993). 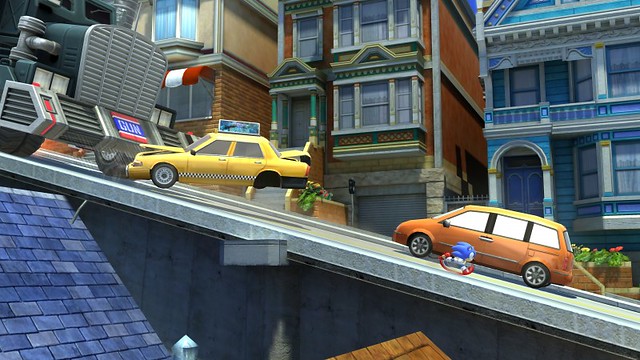 Now, here we are … almost 28 years later after the launch of the very first game and the upcoming release is in production. After multiple spin-offs, from racing games to a different take on the characters, Sonic hasn’t completely fallen into the depths that many have claimed over the years. Yes, it’s true that the series didn’t have some of the best games after Sonic ’06 came out (and the fandom is divided on what the best game was, what the real Sonic is, and even what Sonic Team should do with the series). In the end though, he’s a renown character who is loved by people all over the world of all ages and generations (I personally started at the beginning while my nephew started with Unleashed). We all start somewhere with a long-running franchise, and there is nothing wrong with that. I’m looking forward to seeing what the Team does next, and in the future too.