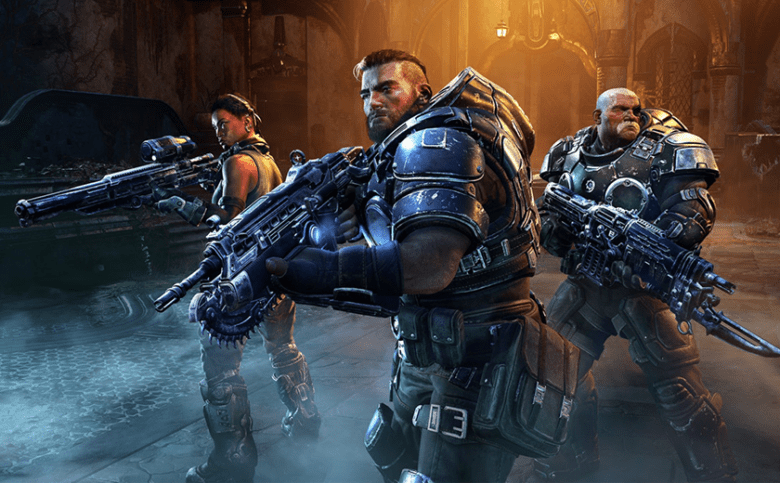 The hulking Brumak bellows as it launches a salvo of missiles into the sky, then bears down on my COG Scout, preparing to unload an arm-mounted chain gun in her direction. Nearby, an emergence hole opens up, bursting forth with bounding Wretches. Make that two e-holes. Then, for the first time in a Gears of War title, I… stop. I look around the battlefield. And I think. Think about how bad of a situation I’m in (very bad), formulate a plan, and execute.

On the surface, the Gears of War franchise doesn’t immediately scream “strategy,” as you survive moment to moment, cover to cover, reload to active reload. But when you look at some of the top strategy games out there, Gears fans’ may find many familiar elements; battlefields rife with chest-high cover, the importance of positioning to flank or get off a shot without exposing yourself, and stakes so high that a single mistake may find you reloading from a checkpoint. I must confess that while playing through recent genre standouts like XCOM 2, Mutant Year Zero, even Mario + Rabbids Kingdom Battle, I’ve found myself thinking “there’s a bit of Gears in here!” 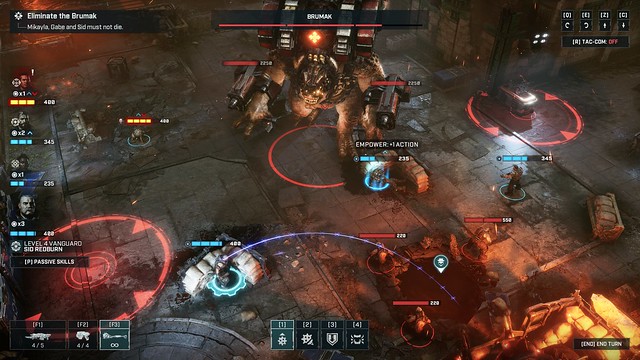 And it *is* nearly here; this week I got my (well-sanitized) hands on the first few hours of Gears Tactics. We’ll keep this look free of story spoilers, but the fact that there is something to spoil speaks volumes about the level of narrative Gears Tactics brings to the genre. While some entries in this genre are non-canon side stories, Gears Tactics yields valuable insights on the events that took place before the Gears of War titles you know and love, told through the eyes of some new, instantly likable heroes.

Let’s talk Tactics: most missions see you deploying a quartet of Gears to the battlefield, choosing from an ever-expanding roster of Heavies, Scouts, Vanguards, Snipers, and Support units. Each character takes three actions per turn, which can be split amongst shooting, moving, and using skills in any way you like. Move, shoot, reload – that can be your turn. Dig in and shoot multiple times – that works too. Or sprint long-distance across the battlefield into cover… you’ve got the freedom to act however you need to, as there is no grid in Gears Tactics. Those skills, by the way, are very Gears – if a Drone gets too close, that Lancer has a chainsaw for a reason (one hit kill!). Powerful melee moves, Support heals, and grenades of various types are moderated by cooldowns to ensure you can’t spam your way to victory. 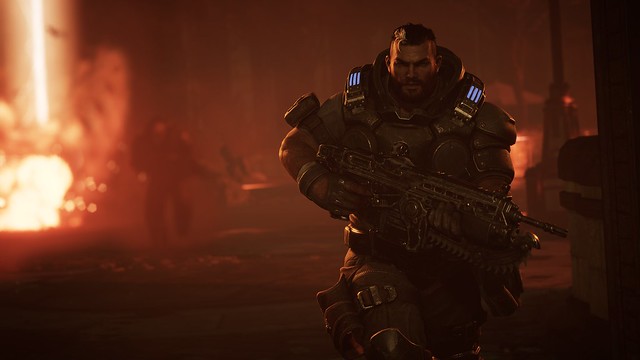 Gears Tactics brings a unique twist to these actions. If you’re playing defensively and go into overwatch with all your turns banked, you can take up to three shots at enemies who cross your sights on their turn. Conversely, executing a down-but-not-out enemy with a showy finisher inspires your teammates to take an extra action in the current turn. Gears Tactics is a game in which intelligent aggression swings momentum in your favor; a moment of inspiration can take you from being hopelessly pinned down to mopping up stragglers in a single turn.

Once your objective is achieved, your troops return to their convoy, a mobile base of operations where you can level up, open equipment cases you find on the battlefield, recruit and customize troops, and gear up for your next mission. I spent a lot of time in the convoy, sorting through mods for weapons, and deliberating on where to spend ability points on a (very extensive) skill tree unique to each class. You can even customize the appearance of all your troops and their gear, the better to help them pop on the battlefield. 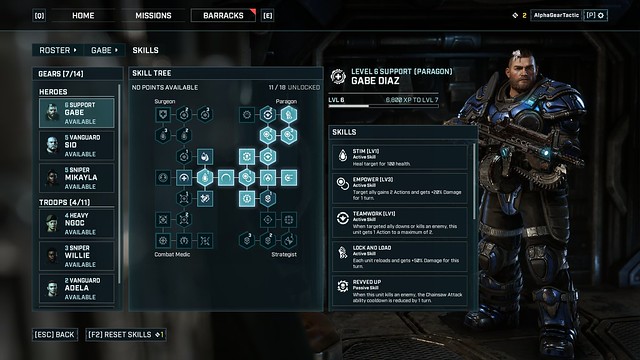 A word on difficulty – playing on Normal, the game quickly ramped up, punishing bad decisions, but (usually) granting me an opportunity to pull myself out of the fire. Stakes are kept high, as outside of some key heroes, death is permanent. The result is that I was constantly on the edge of defeat, making even early victories feel like a legendary triumph. Those new to the genre can lower difficulty, while true tactical pros will want to engage the no-reloads-allowed Ironman mode. My playthrough culminated in the aforementioned battle with a giant Brumak that tested my skills and required more than one attempt to prevail.

Despite the transition from an in-your-face shooter to a higher-altitude strategic view, your Gears’ key actions are conveyed in close-up sequences that show the brutality of the world of Sera. This, coupled with the familiar report of the Lancer, the meaty clacks of a reloading Longshot, and fully realized cutscenes means Gears Tactics feels like a Gears game. If strategy games previously saw you running for cover, Gears Tactics may be the one to change your mind. 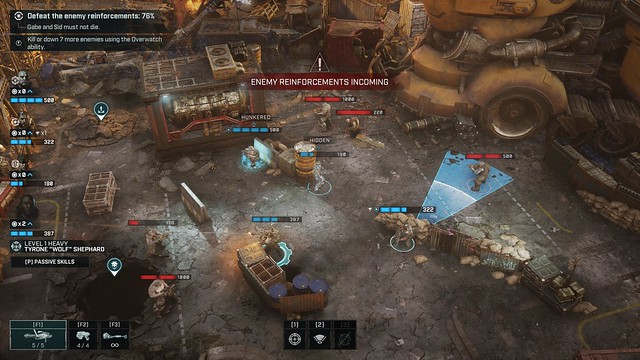 Series fans will want to check out Gears of War: Bloodlines, the new novel by New York Times bestselling author Jason Hough, that sets the stage for the events of Gears 5 and Gears Tactics, and the father-daughter relationship between the games’ leads, Kait and Gabe Diaz. Gears of War: Bloodlines is available in paperback, ebook and audiobook on April 21, 2020. 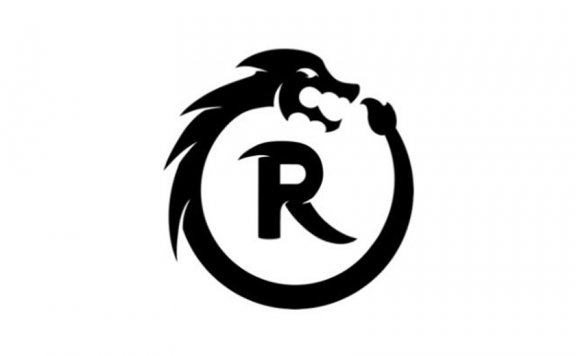 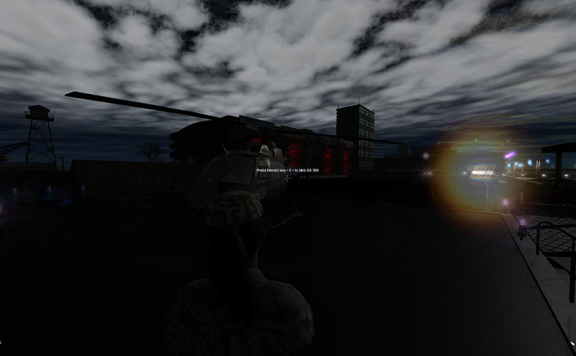 ‘Cherry Island’ On STEAM Challenges You To Protect And Serve
January 27, 2021 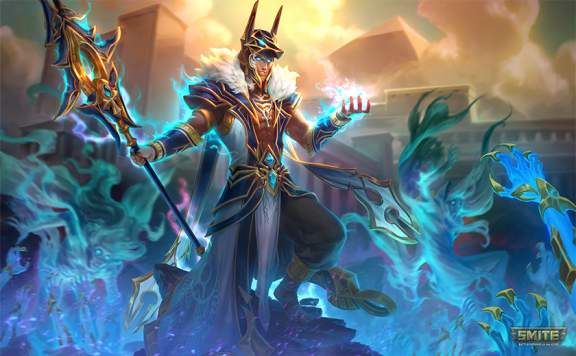 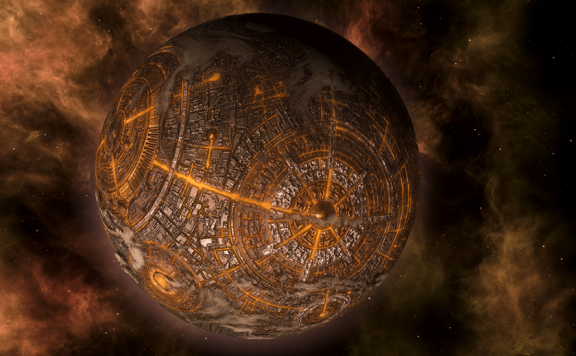 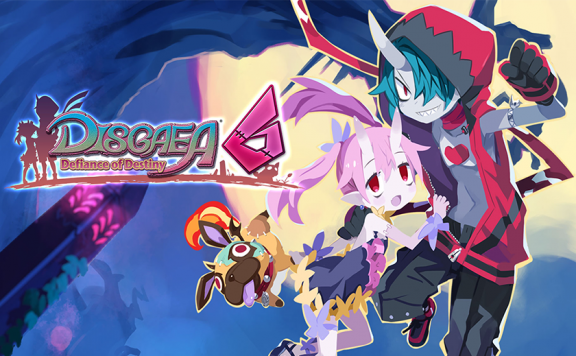 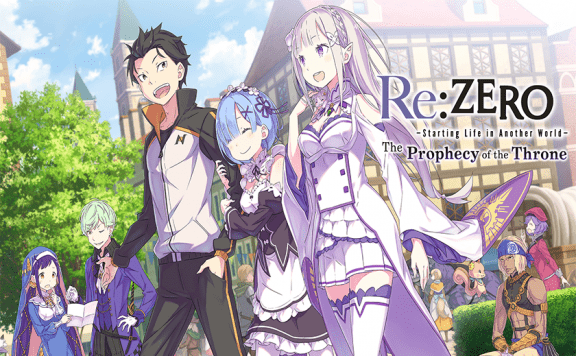 WRITE A PAGE IN THE HISTORY OF ROGUELIKES WITH ROGUEBOOK