The dramatic growth of gaming live streaming as an entertainment platform has been highlighted in the latest report from Engine Media/Torque Esports’  gaming streaming data analytics experts, Stream Hatchet.

This represents a 97.9 percent growth over the past 12 months and a 56.9 percent growth from Q1 this year. The onset of the COVID-19 pandemic coincides with the massive growth in the streaming industry.

That growth, however, has not been enjoyed by all. Microsoft recently announced it is closing its Mixer platform – leaving only three major platforms in the streaming market.

While Twitch remains the dominant player in the gaming streaming space, Facebook Gaming has enjoyed a 320 percent growth over the past 12 months. Mixer viewership, however, decreased 5.83 percent over the same period. 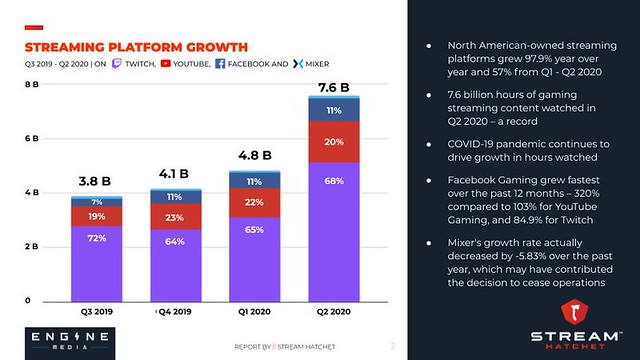 “The COVID-19 pandemic has had a dramatic effect on the gaming industry, and our latest numbers from the Stream Hatchet team show incredible growth,” Engine Media co-CEO, Darren Cox said.

“7.6 billion hours is an incredible amount of content being watched – that adds up to 867,580 years of content! Three years ago, the gaming streaming industry could have only dreamed of numbers like this (2.4 billion hours in 2018). There has been consistent growth for quite some time, but things have accelerated massively in 2020.

“The great thing for the gaming industry is more and more people are playing games, watching gaming and becoming very engaged. Gaming was already a $156 billion dollar industry, but that number is on the rise in 2020.”

Other key highlights from the Stream Hatchet Q2 2020 report include:

Fortnite was unable to match VALORANT in Q2 (560 m v 545 m in hours watched), but the title has still enjoyed strong growth over the past 12 months – up 26 percent. 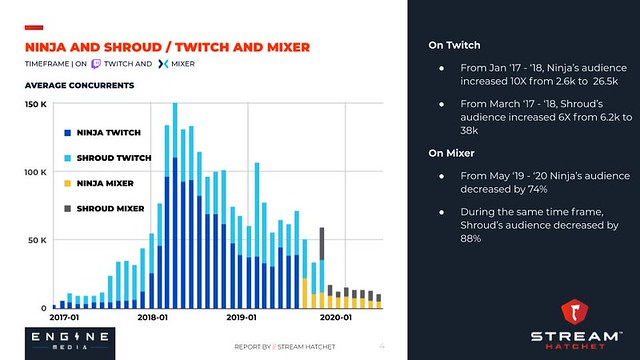 The Stream Hatchet Q2 report revealed Twitch streamer “summit1g” as the market leader, earning more than 49 million hours of content watched in Q2 – a growth of 71 percent. However, high profile streamers “Ninja” and “Shroud” have been unable to take advantage of the growth in streaming after signing exclusive contracts with Mixer last year – recording audience falls of 74 and 88 percent, respectively.

“Gaming live streaming is now a massive entertainment business, and our team at Stream Hatchet is able to analyze data to provide the industry with audience insights that are a level of granular insight well beyond what the broadcast, cable and movie industries typically rely on,” Engine Media Executive Chairman, Tom Rogers said.

“We’re able to provide this insight to esports teams, gaming studios, and brands involved in esports, and our Engine Media Inc. group also relies on the data extensively as we continue to grow our esports platforms.

“Whether it is our tournament and esports programming platform UMG, our gaming studio Eden Games or our teams behind the highly successful The Race All-Star Series and World’s Fastest Gamer racing gaming events – Stream Hatchet plays an essential role in providing us with important data to measure our success.” 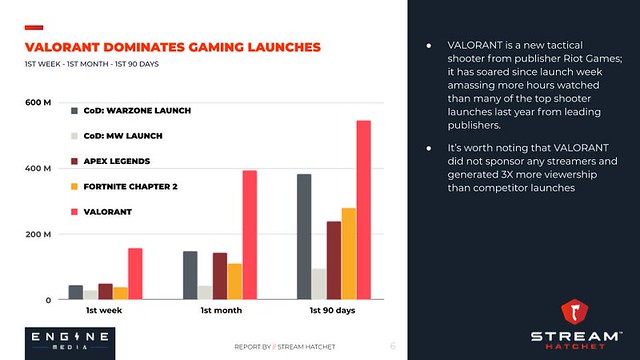 To date, the combined companies have clients comprised of more than 1,200 television, print, and radio brands including CNN, ESPN, Discovery / Eurosport, Fox, Vice, Newsweek, and Cumulus; dozens of gaming and technology companies including EA, Activision, Blizzard, Take2Interactive, Microsoft, Google, Twitch and Ubisoft; and have connectivity into hundreds of millions of homes around the world through their content, distribution, and platform. 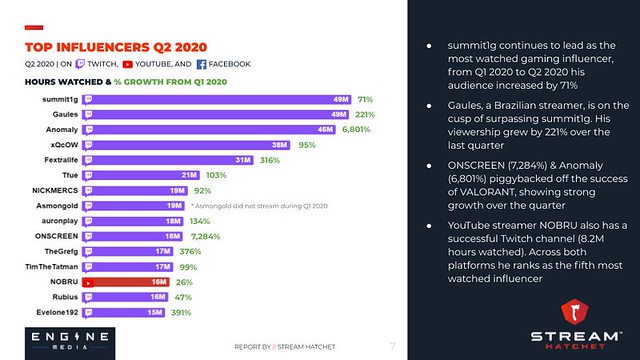 SHROUD ANNOUNCES HIS RETURN TO TWITCH WITH EXCLUSIVE DEAL
August 11, 2020