Streets of Rage was first released August 2nd, 1991 as a side-scrolling beat’em up trilogy on the Sega Genesis console. Known for its American street art style featuring a downtown metropolis vibe as it captures the essence of a city like New York. Dotemu, Lizardcube, and Guard Crush Games did a phenomenal job on the artwork in Streets of Rage 4 it’s absolutely incredible. It’s EDM soundtrack is LIT and can be as intense as the combat in some cases keeping you pumped up and ready to kick some more ass! It’s best played on an arcade stick in our case we used a Razer Panthera which had no issues syncing up with the game. 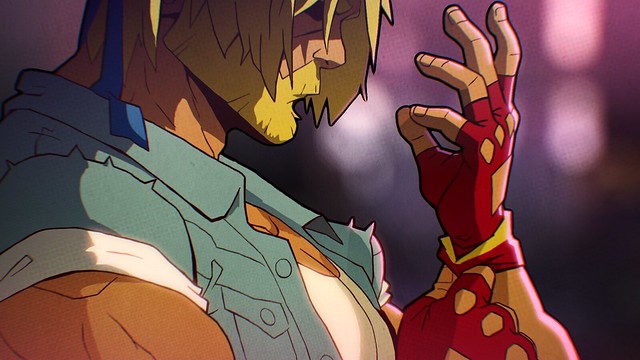 10 years later the Axel Stone is looking a little rough around the edges but no doubt he can still scrap it up. Mr.X’s children the Y Twins have decided to take up the family business and control the crime industry in the city. You can pick from 4 characters Blaze Fielding, Axel Stone, Cherry Hunter (Adam Hunter’s daughter), or Floyd Iraia a cybernetically enhanced apprentice of Dr. Zan. Blaze learns about the corruption in the city and calls in favors from some old friends, the rest is yours to adventure and discover. 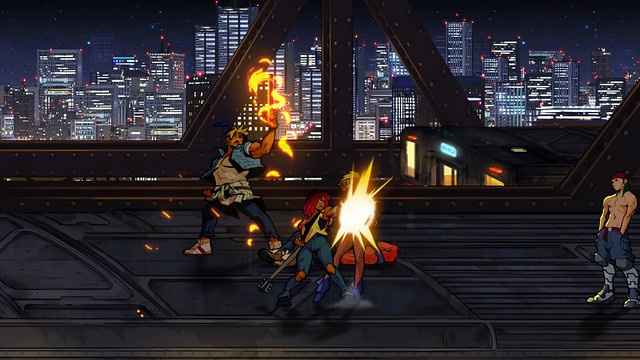 Streets of Rage is very mechanically sound we did not come into contact with any bugs or errors. It’s smooth as butter and the combat is fluent you can even add graphical effects to make it look more retro if you desire. You have 4 buttons to work with all explained in the fighting tips area an attack, jump, pickup/throw, and special attack. Special attacks drain health then a portion of your health bar will turn green, you can use the normal attack button to fill it back up but if you get hit before it’s full you will lose a portion of your life. Your specials and attacks also have different combos which can be manipulated by using the D-pad. I would like to have seen just a tad more variation in the combos maybe some kind of ramp up meter to keep it less repetitive. You also can use a super ability which is powered by how many stars you have, also some combos can be invincible. It holds to tradition, but I do think it could have used just a little more variation, whether it be in animations or some kind of ramp up meter. 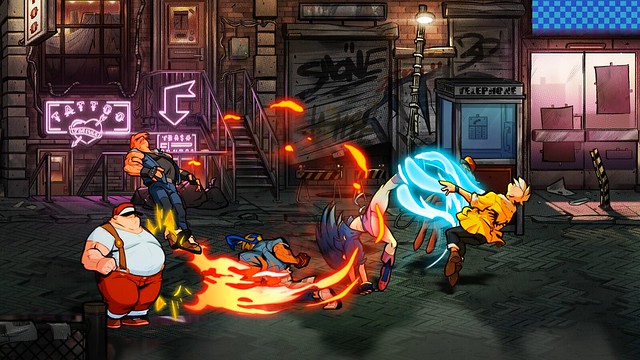 Story mode takes you through 12 stages with up to 5 difficulties that can be played couch co-op, online with friends, or solo. YES, these kids do not even know about couch co-op. I understand the original games had around 12 stages, but we are in 2020 this game could have way more content available. I think the overall stage length was perfect allowing you to blaze through in just a few minutes. Boss mechanics followed suit with the originals it was kept basic up until the final boss which had more exotic mechanics. Personally, I would have liked to see a bit more out of the boss fights in this modern rendition I think the developers could have been more creative without totally derailing the game from its core values. I would also say the same for the basic enemies. Don’t get me wrong it can be very challenging on the harder settings, you will die. If you do die however you get an option to replay the stage with more lives and stars at a cost of score grade. 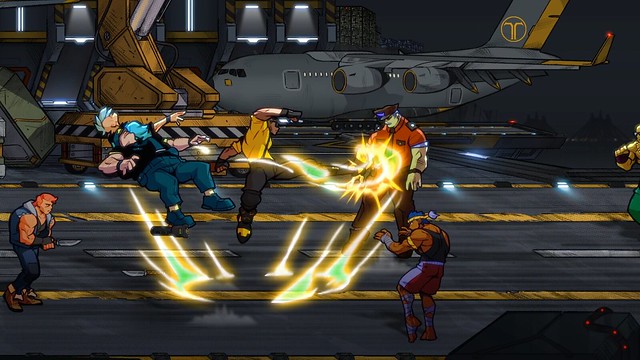 Other modes included stage select where you can replay through levels on difficulties you have already cleared to improve your score grade. An Arcade mode in which you only get one credit to finish the entire story and no saves! Yikes! Boss Rush gives you an arena-style mode that spam feeds you boss fights one by one until you die. Battle mode is a place where you can fight other players to death online 1v1! Shoutout to the #FGC! You can also take a look at the extras which reveal concept art and a slew of other goodies. 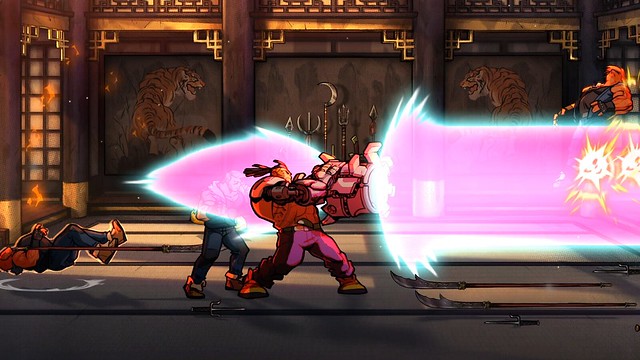 Give yourself a break from the norm take a trip back to the ’90s and discover what it was really about. Streets of Rage 4 is a really fun play through it reminds me of old arcade games like Ninja Turtles and the Simpsons. They just do not make them like they used to its very unfortunate. Will you be able to beat Streets of Rage 4 on Mania?

Tags: Action, Adventure, Beat 'em Up, Casual, review, Streets of Rage 4
Summary
A valiant tribute to the 90’s classic Sega Genesis trilogy Streets of Rage. The developers stuck to the core values of the original game aggressively. It lacks a bit of modern variation but still a blast to play through. Never play alone, Couch co-op and online play are top of mind in this classic side scrolling beat’em up.
Good
Bad
7.6
Good
Gameplay - 8
Graphics - 9
Audio - 9
Replayability - 4
Controls - 8

Amongst the best beat’em up series ever created, jammin’ ‘90s beats and over the top street fighting, the iconic series Streets of Rage comes back with a masterful tribute to and revitalization of the classic action fans adore.
7.7
Average User Rating
1 vote
Click on a star to submit your own rating!
Your Rating: 0
Submit
Developed By:Dotemu, Guard Crush Games, Lizardcube
Publisher:Dotemu, Yooreka Studio (Greater China)
Platforms:Nintendo Switch, PC (Steam), PlayStation 4, Xbox One