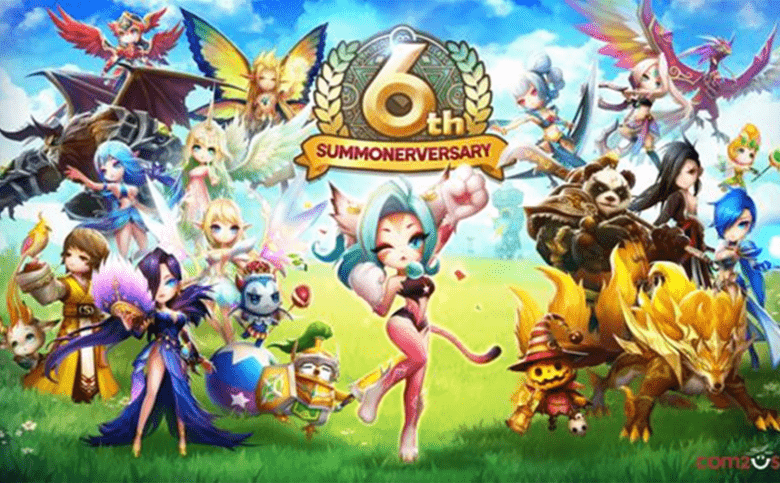 Com2uS announced the celebration for the sixth anniversary of the hit game Summoners War with a massive giveaway event called “100 Summonings.” The event, which runs through May 24, will be the game’s biggest one yet.

Summoners War launched back in April 17, 2014 and has enjoyed global success for six years. Combining the addictive nature of the RPG (role-playing game) genre with competitive eSports elements led to over 100 million downloads and becoming the first mobile game to make over 1 billion USD in Korea. Globally, Summoners War has grossed over 2 billion USD.

To celebrate the momentous six-year milestone, Com2uS will hold an event where, for the first time in Summoners War history, fans will be able to receive up to 100 Mystical Scrolls, a valuable item that allows players to summon monsters of at least 3 Stars.

Until May 24, every Summoners War player will be able to earn items called “6-Year Coins” through various methods such as logging in, watching anniversary event videos, and playing modes like Scenario/Dungeon/Raid/Dimensional Hole. These coins can then be exchanged for a variety of goodies in the 6-Year Coin Shop, including up to 100 Mystical Scrolls. 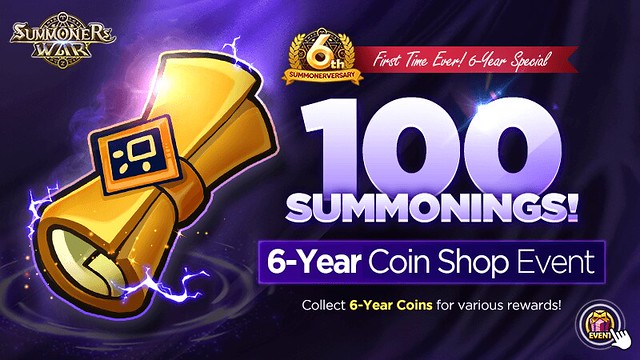 Lastly, players will also get the chance to create their own runes, a crucial item for any PvP enthusiast. Up to two 6 Star Legend runes can be created, and players will be able to preview their creations before committing, allowing them to make the rune that perfectly suits their needs.

In celebration of Summoners War’s 6th anniversary, Com2uS shared a number of illustrations featuring some of the iconic monster designs in the game.