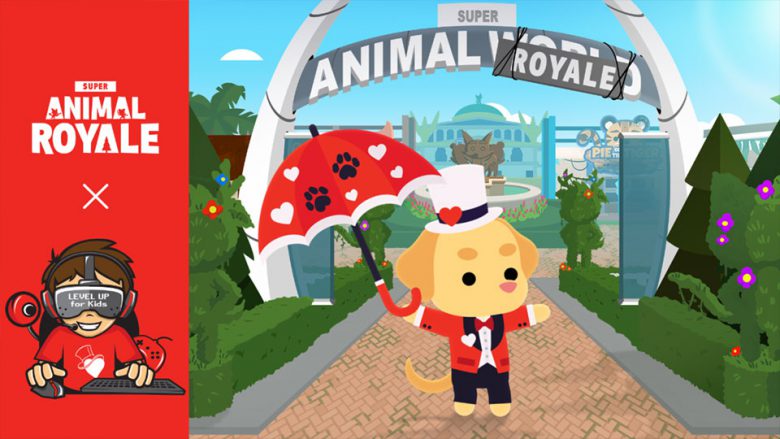 Super Animal Royale dog (and cat and sloth) players are wearing their hearts on their sleeves throughout September to raise funds for assistance dogs.

Variety – the Children’s Charity has joined the Super Animal Royale pack with a Petember charity stream event through the month of September to help kids in need of life-changing assistance dogs.

The team at Pixile Studios and Modus Games have created an exclusive in-game cosmetic item pack, available to content creators and their supporters who take part in the event.

The special pack includes a Variety Tuxedo, Top Hat, and heart-laden umbrella created by the team at Super Animal Royale in a nod to the charity’s heart and hat logo which reflects its roots in the entertainment industry.

The event tops off a week of celebrations for the Super Animal Royale team who released v1.0 and launched on Nintendo Switch, PlayStation 4, and PlayStation 5 in addition to leaving Early Access and Game Preview on PC, Mac, Xbox One, and Xbox Series X|S on August 27th.

Content creators are supported with a specially designed streamer kit to super style their stream in celebration of the collaboration.

The team at Super Animal Royale has also created a special Variety Heart Antennae item available free to their entire passionate community of over 3 million players to show their support and spread awareness for the cause.

The event will be championed by Super Animal Royale content creators to inspire the player community to sign up to stream or donate to the cause. The exclusive pack will be available from September 1st through 30th. 100% of proceeds will go to Variety – the Children’s Charity, with a total amount, raised announced at the end of the month.

Sign up to stream, view a stream, and check out our upcoming streams on Tiltify at tiltify.com/variety-the-childrens-charity/superanimalroyale.