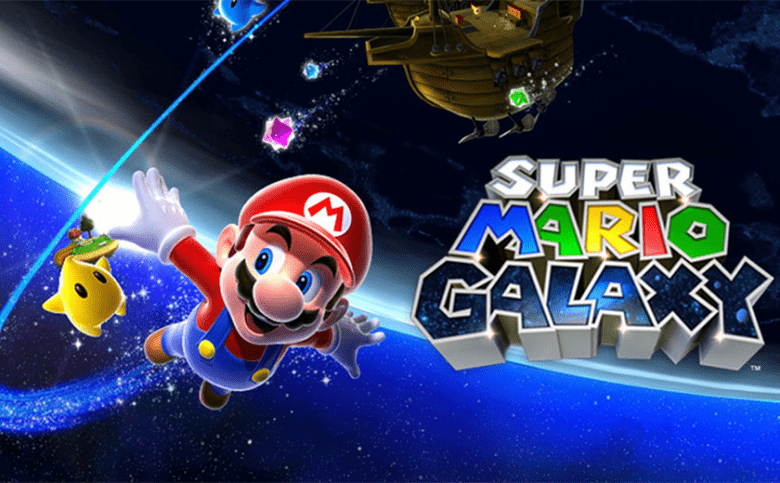 Meet Kinoko. Does it seem like a typical mushroom power-up in a Super Mario game? Well, it is not. Kinoko once determined whether Super Mario Galaxy 1 and 2 could properly exist and be played. 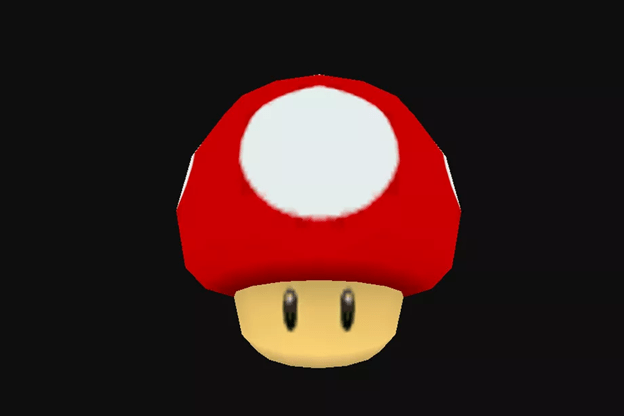 Super Mario Galaxy is a 2007 platform video game developed and published by Nintendo for the Wii, and the third 3D game in the Super Mario series. As Mario or Luigi, the player embarks on a quest to rescue Princess Peach, save the universe from Bowser, and collect 121 Power Stars. The game levels consist of galaxies filled with minor planets and worlds, with different variations of gravity, the central element of gameplay. The player character is controlled using the Wii Remote and Nunchuk, and completes missions, fights bosses, and reaches certain areas to collect Power Stars. Certain levels use the motion-based Wii Remote functions.

Nintendo EAD Tokyo began developing Super Mario Galaxy after the release of Donkey Kong Jungle Beat in late 2004 when Shigeru Miyamoto suggested that Nintendo commission a large-scale Mario game. The concept for using spherical platforms originated from ideas used in Super Mario 128, a GameCube tech demo shown at Nintendo Space World in 2000. Nintendo aimed to make the game appeal to players of all ages, and the team had more freedom in designing it than other Super Mario games because of the outer space setting. The soundtrack was composed by Mahito Yokota and Koji Kondo, using a symphony orchestra for the first time in the series.

Kinoko is a mushroom that exists within the files of both Galaxy games. You never see the mushroom in the game, but both titles need it. “If the file isn’t present, the game crashes,” TCRF wiki entry states.

According to Nintendo hacker ecumber05, Kinoko’s model data is still in Super Mario 3D All-Stars. Ecumber05 noted this was surprising because, behind the scenes, it does look like some unused models were removed in the newest version of the game. However, the game still includes references to Kinoko as well.

Ecumber05 got together with a modder named Firubiii to fiddle with the Kinoko Switch files. According to both hackers, the mushroom appears to be neutralized. Firubiii blanked out model data out of the game, essentially disabling it. Galaxy is still successfully booted despite references to it in the code.

Why did so much hinge on a mushroom in the first place? The leading hypothesis is that the mushroom might have been playable in an early prototype of Super Mario Galaxy during one point of development for the game. But whatever caused it in the first game likely migrated to the second game because Nintendo re-used some of its resources for the sequel.

A recent example shows that the mushroom is far from the only killer “tomato” that allows games to function correctly.

“When I worked at EA, I was told the Nascar team had to leave a field goal post under the world because it broke the game if it was removed because of old madden code in the game,” developer Chris Wingard said on Twitter.

Many other game workers commiserated in the replies over their load-bearing tomatoes or mushrooms that they had heard about in other games. 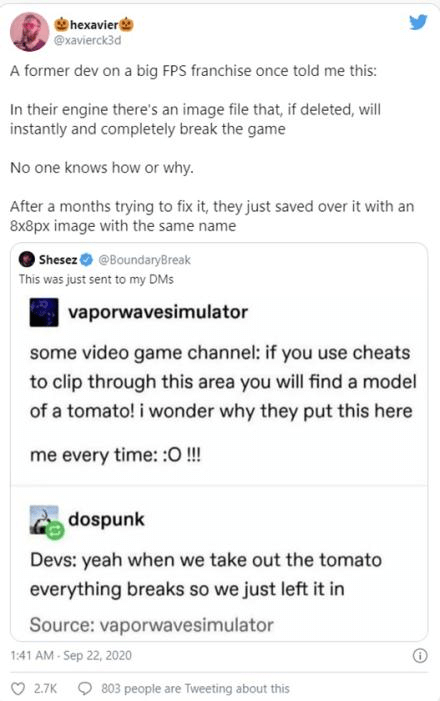 If you know anything about game development, the existence of things like Kinoko should be no surprise: nearly every title is held together by proverbial duct tape, after all.