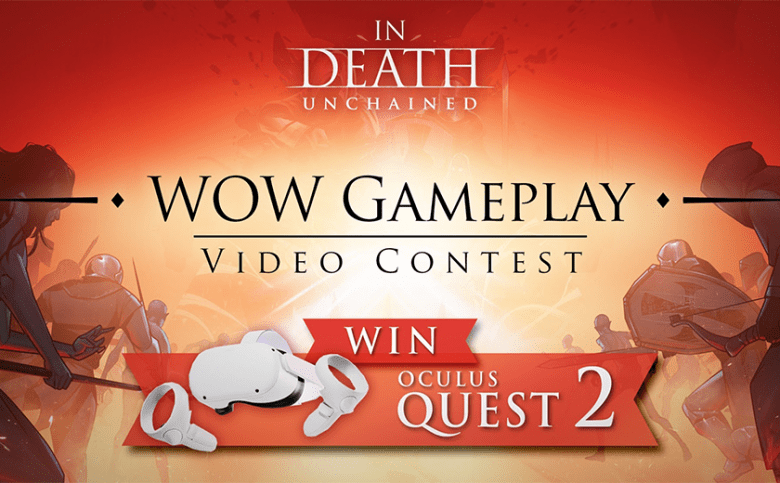 One of the top Oculus Quest games of 2020, Superbright’s In Death: Unchained, is getting a video contest where players can submit their 30 second gameplay videos for a chance to win an Oculus Quest 2.

Most impressive entries will be combined into a mixtape to be shown on the game’s developer social channels.

The community itself is going to determine the winners as players themselves will vote for the best entries on the contest’s Facebook post on: https://www.facebook.com/SuperbrightVR/

More information, contest rules, and guides for recording game videos on Oculus Quest can be found at the contest’s Reddit page: https://www.reddit.com/r/OculusQuest/comments/kwjcmw/in_death_unchained_wow_gameplay_video_contest/