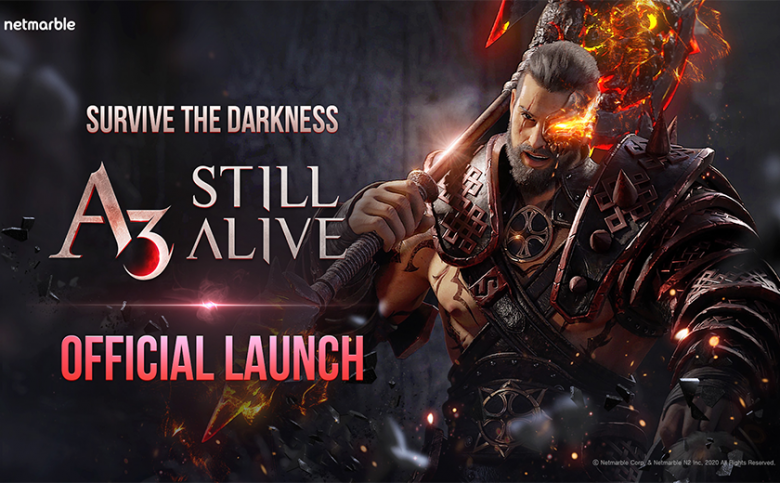 Following the worldwide launch of A3: STILL ALIVE, the all-new Dark Fantasy Open World Mobile RPG on the App Store® and Google Play™, Netmarble is thrilled to share that the game has surpassed one million global downloads worldwide in just one week. A3: STILL ALIVE was also ranked No. 1 in the Role-Playing Games genre as of November 10 in both the Apple App Store and Google Play.

To honor the one million warriors rising up to survive the darkness, Netmarble is unleashing a slew of celebratory activities for players. To start, players can collect unique 1 Million Downloads box tickets that can be redeemed for A3: STILL ALIVE’s Box Event. By using these tickets to flip from 36 individual boxes, players can receive prizes such as a Heroic Accessory Chest, Light of Heroic Accessory Lv.100 Ancient ★ Equipment Fragment, and Ethers.

Set in an apocalyptic fantasy world of swords and sorcery, A3: STILL ALIVE is a cross-genre mobile experience that pairs the enormous and living worlds of Open-World RPGs with the extreme combat of Battle Royale. Players must be vigilant in an always-open Player vs. Player (PvP) environment as they fight against enemies with intense hack & slash combat and prove their mettle in a variety of PvP and Player vs. Everyone (PvE) modes. A3: STILL ALIVE is beautifully rendered with splendid console-quality 3D graphics that are brought to life thanks to the outstanding optimization of the Unity Engine.