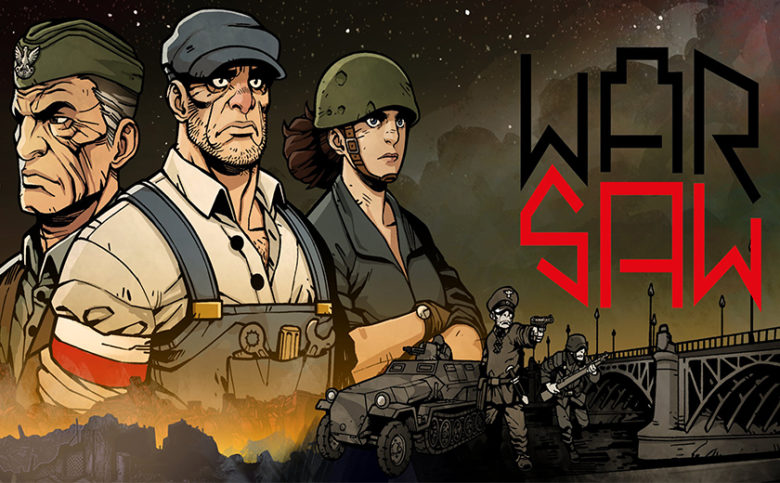 Independent video game publisher Gaming Company and developer Pixelated Milk have announced that WARSAW, a tactical WWII RPG set during the titular Warsaw Uprising in 1944, will now launch on its historic final day: October 2nd, for PC via Steam.

Additionally, WARSAW has now been approved by the German USK (German Entertainment Software-Regulation Body) for ages 16 and above in its mandatory screening process.  This makes WARSAW the first ever Polish video game to be allowed to present historically-accurate Nazi symbols, such as the swastika, in Germany.

Generating headlines from around the world in over 35 countries, gaming company is proud to showcase a new ‘WARSAW Headlines’ video, showcasing the amazing feedback so far!

Gaming company producer Krzysztof Paplinski said, “with WARSAW, we wanted to create a game both culturally significant and great to play. With the originally planned release date approaching, we needed a few more weeks in order to deliver the best possible experience for players and to ensure we do our history justice.”

0 0
Previous ArticleEndorphins activated: Gameplay Trailer for Gun Gun Pixies released!Next ArticleThe most popular fishing game will be available in a premium edition without any micro-transaction on October 17 for PS4, Xbox One and PC