Today, Ubisoft announced that The Crew 2 Season 4 Episode 1: The Contractor, the latest update brought to Ubisoft’s open-world motorsports game, will be available tomorrow via a free update on Xbox Series X|S, Xbox One, PlayStation 5, PlayStation 4, Stadia, as well as Windows PC through the Ubisoft Store and the Epic Games Store. Players can also subscribe to Ubisoft+ on PC, Stadia, and Amazon Luna.

For the first time, Urban Services have been added to The Crew 2 bringing brand-new open-world activities. In Episode 1, players will drive around Las Vegas, New York, Miami, Detroit, and Los Angeles to complete delivery missions for three different urban service companies: Marco’s Cab, Diamond Limousine, and Rocket Co. As part of the update, the Ford Crown Victoria Marco’s Cab (Street race) will be available for only 1CC only (10Bucks) to all players on November 17th.

Season 4 Episode 1: The Contractor will be accompanied by a new version of the optional multi-tiered reward system, The Motorpass. It offers both free and premium rewards including vehicles such as the Alfa Romeo Giulia Quadrifoglio Ed. (Street race), the Chrysler 300 SRT8 Limousine (Street Race), the Cadillac Coupe Deville Marco’s Cab (Street Race), and the Chevrolet 3100 The Rocket Co. (Street Race).

Apart from the Motorpass, Season 4 Episode 1: The Contractor will continue its free monthly vehicle drops letting players enjoy and drive new vehicles including the Ford Crown Victoria (Street Race), the Ford Crown Victoria Limousine (Street Race), or the Chevrolet 3100 (Street Race) all available on November 17th. Additional vehicles will be available over the course of the Episode alongside new vanity items, including new rooftops, as well as smokes, tires, underflows, and window tints. This new season will also bring a batch of new LIVE Summit, the weekly PVP competition. 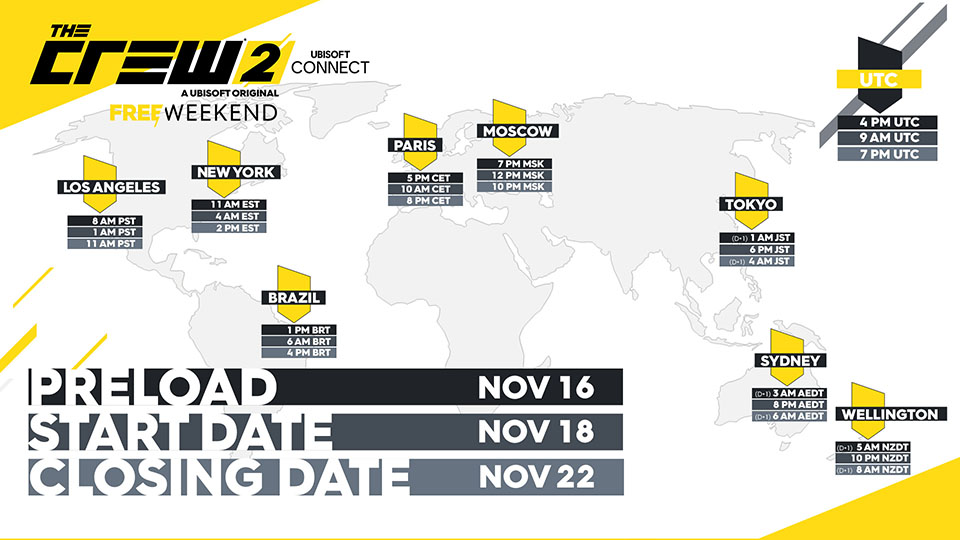 Ubisoft also announced that The Crew 2 will offer a Free Weekend from November 18th to November 21st, 2021 where players will get the chance to experience the full game, including the latest update, The Contractor.