Supermassive Games is back with another horror-adventure game where you make decisions that lead to the fate of the characters you control. With the huge success of Until Dawn, it’s a no brainer that the developers would want to make a spiritual successor to that game. What the team is now doing is developing an anthology series called The Dark Pictures with Man of Medan being the first of five in the series. Does Supermassive have another hit on their hands or does the first episode of the anthology series flounder?

In Man of Medan, you navigate your playable characters through scenes, interacting with objects while looking for clues, and choose what type of dialogue to respond with in cutscenes. During the action scenes, players will take part in quick-time events with button prompts to determine a character’s fate — if failed or passed. You take control of five characters in total: Conrad, who is played by Shawn Ashmore and is the most recognizable. Julia, the sister to Conrad. Alex, who is Julia’s boyfriend. Brad, who is Alex’s brother. Fliss, the skipper of the Duke of Milan. These five characters are on a journey to go deep sea diving in search of a sunken ship, thus looking for the coordinates of a treasure called Manchurian Gold.

Man of Medan is an enjoyable ride as the game progresses. One major downside though is that the introduction of the game is pretty lackluster. The tutorial part is also not skippable, leaving multiple play sessions to be quite a drag. Yes, that’s right — this game encourages multiple play sessions as there is no game over if a character dies. There are multiple endings for players to unlock, depending on the actions made in the game, and that’s what’s unique about these adventure games from Supermassive. They have allowed players to take paths that can branch out in multiple ways. If a character dies, the game will continue on with its remaining cast. 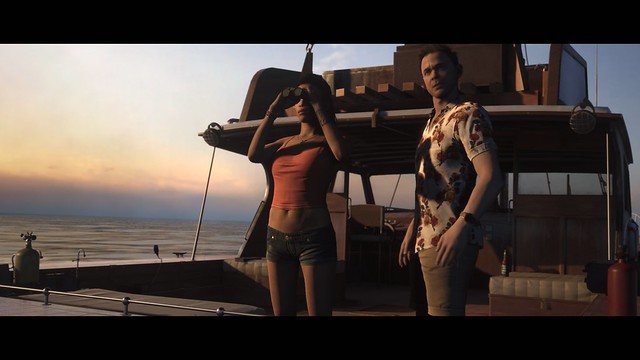 As the game moves forward, players will start to feel the pressure of their character’s fate. The five characters you play as are just fine. There isn’t a lot of character development between the five as it seems like the main focus is to build upon the overall storyline. Once the game starts picking up, players will start feeling the pressure through decisions to keep a character alive, quick-time events, and a heartbeat timer. The heartbeat timer is a new edition to the Supermassive games. In Until Dawn (because it was a PlayStation exclusive) the tense moments utilized the motion controls of the PS4 controller where players would have to keep still and not move the light sensor out of a small field. This time around, The Dark Pictures is multi-platform so this was the work around to allow all consoles the ability to play. The heartbeat timer is a timed button press to the beat of the character’s heart. It starts out slow with a calm heartbeat and can pick-up fast, and as your timing the beats of the heart, it’ll actually feel tense and your own heart will start beating faster. 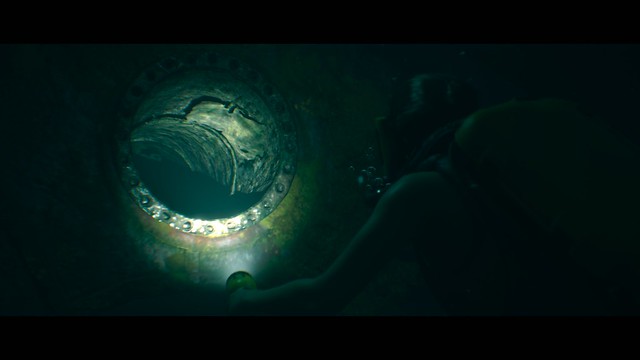 The game is beautiful with amazing scenery. Exploring the broken down ship will give players an eerie vibe and looks almost realistic. There are texture pop-ins that happen often when the game loads and it is noticeable. When it comes to the characters though, it does take you back a bit as they do look life-like but somewhat off as well. The actors who play the characters perform well with the quality of a horror movie, so don’t expect anything award winning. Exploring this beautiful world of The Dark Pictures does become a bit difficult with stiff controls. It’s easy to navigate and walk around, but walking around looking for clues and then turning will make the character look awkward. 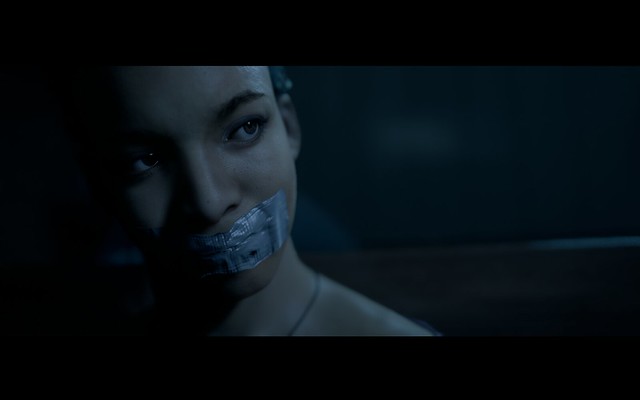 The true hero of Man of Medan is the multiplayer aspect. There are two modes of multiplayer options — online co-op mode and movie night mode. The online co-op mode allows players to play with a friend, taking control of different characters in the same game session. This mode is actually the definitive mode to play to get the full experience of the story and exploration. For example, as I took control of a character deep sea diving and exploring a sunken ship, the other player was controlling a different character above the sea on the ship. This provided different scenarios and experiences to explore and achieve more unlockables. Movie night mode is pretty straight forward. Grab a bunch of friends and have a movie night experience where each person takes turns, passing the controller around to play as their assigned character. Personally, my group had a blast playing in the movie night mode seeing who would die first. Granted, in movie night mode, don’t expect to read all the notes and clues as it would slow down the momentum of a shared playthrough. 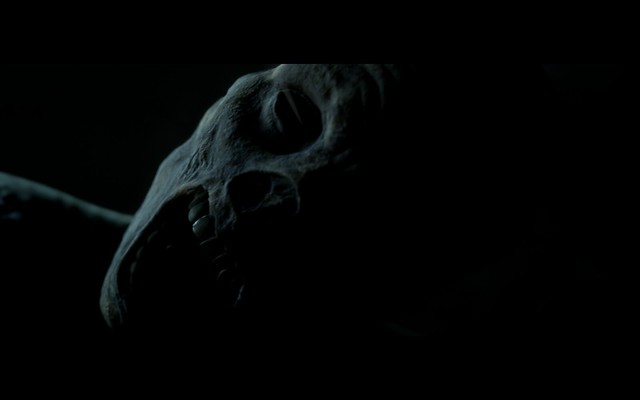 The Dark Pictures: Man of Medan is a great experience that was meant to be played with others, but is still enjoyable to be played by yourself. The game is beautiful and nicely acted that it gives a perfect B-movie horror style for anyone looking for a “choose your own path” game. There are some pacing issues with the story which will take you out, but when it starts picking up, prepare for a fright!

Tags: Action, bandai namco, Horror, Man of Medan, review, Supermassive Games, The Dark Pictures Anthology: Man of Medan
Summary
The Dark Pictures: Man of Medan is a great experience that was meant to be played with others, but is still enjoyable to be played by yourself. The game is beautiful and nicely acted that it gives a perfect B-movie horror style for anyone looking for a “choose your own path” game. There are some pacing issues with the story which will take you out, but when it starts picking up, prepare for a fright!
Good
Bad
8.2
Great
Gameplay - 8
Graphics - 9
Audio - 9
Replayability - 8
Controls - 7

The Dark Pictures: Man of Medan

The Dark Pictures Anthology is a series of stand-alone, branching cinematic horror games that can also be played online with a friend. In Man of Medan, five friends set sail on a holiday diving trip that soon changes into something much more sinister.
8.5
Average User Rating
1 vote
Click on a star to submit your own rating!
Your Rating: 0
Submit
Genre:Adventure, Horror
Developed By:Supermassive Games
Publisher:Bandai Namco
Platforms:PC (Steam), PlayStation 4, Xbox One