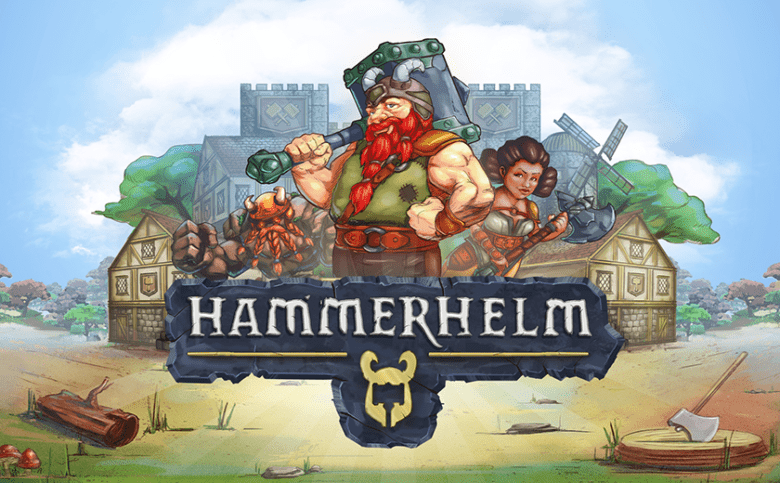 City building RPG HammerHelm is a devoted five-year project by Jonathan Hanna, founder of SuperSixStudio. With weekly updates during its Early Access period on Steam®, the game receives an 83% ‘very positive’ rating. HammerHelm is a unique blend of third-person adventuring and city building. In an in-depth interview with Jonathan, he explains his motivation behind the game, his learning curve over the years and his vision for HammerHelm.

A brand-new look
HammerHelm recently revealed its brand new key-art, logo and game icon. The new designs showcase the lively world of HammerHelm better. Jonathan couldn’t be more pleased with the result of the new art: “I really love the new icon and new art. Really captures the ideas of both a town builder and an adventure game with characters.” Besides the upgraded look, HammerHelm also received localization in German and Spanish, with more languages to come soon.