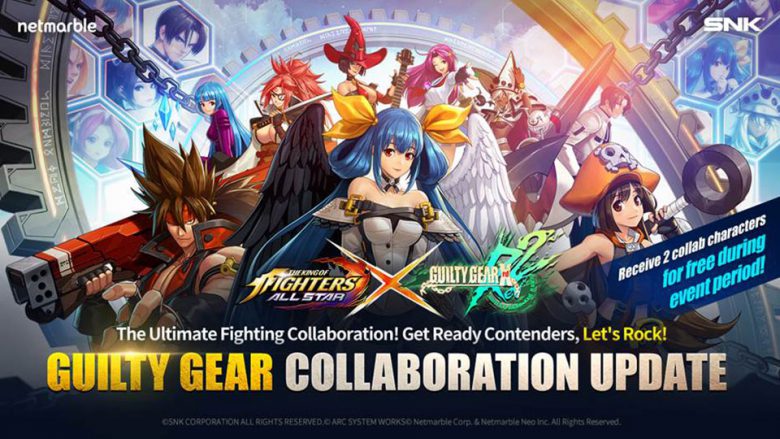 Netmarble announced today that its popular mobile action role-playing game (RPG), THE KING OF FIGHTERS ALLSTAR, would see an all-new collaboration with GUILTY GEAR Xrd REV 2, which officially kicks off on November 23rd, and will run until December 9th, 2021. Starting next week, six fan-favorite characters from the Guilty Gear series – Baiken (SS), I-No (FES), May (FES), Dizzy (SS), Ramlethal (FES), and Sol Badguy (SS) – will be available to collect, and there will be a variety of themed limited-time events to experience once the collab launches.

0 0
Previous ArticleAction RPG Undungeon Sends Out of This World Trailer for Todays LaunchNext ArticleStar Wars: The Old Republic Legacy of the Sith Expansion Gets Release Date