Survios, best known for acclaimed combat games Raw Data and Creed: Rise to Glory, has set sail with its original title, Battlewake, on PlayStation, SteamVR, Oculus Home, and Viveport. For a limited time only, players can navigate the epic 20-chapter Story campaign or fight for dominion in 10-player PvP for $29.99 with a 15% launch discount.

Battlewake is coming soon to PlayStation European regions. Distribution for the Oculus Quest is to be announced.

The Virtual Athletics League (VAL) will host a Battlewake competition, Sept. 19-22, with cash, physical prizes and potential incentives over $10,000 in value. For more information regarding rules, event and entry details please visit www.valvr.com.

To learn more about Battlewake, and other Survios upcoming titles, please visit www.survios.com or join the conversation on Twitter, Instagram, or the official Survios Discord. 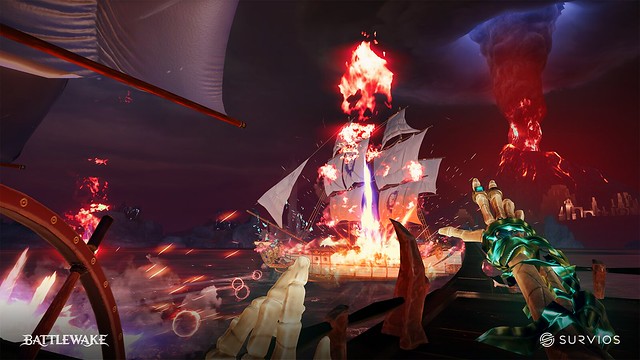