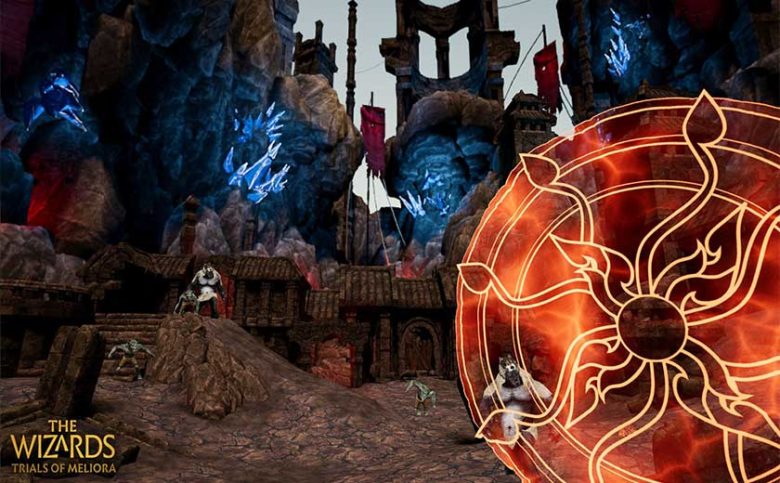 Carbon Studio is excited to reveal and release The Wizards: Trials of Meliora, a VR game that brings the
fun of casting spells with hand gestures to Oculus Go and Samsung Gear VR. The game takes full
advantage of 3DOF motion controller’s potential and introduces players to the rich fantasy world of The
Wizards.

The Wizards: Trials of Meliora invites players to take magic into their hand and test their mettle as
defenders of the Realm of Meliora. Based on the award-winning action-adventure spellcaster The
Wizards, this game is a completely new adventure set in the same world, adapted for Oculus Go and
Gear VR headsets. The game has been kept in secret through the development process to be revealed
and released on the same day – July 5th, almost one year after the full release of PC version of The
Wizards.

Trials of Meliora features a unique gesture-based magic system and challenging magical battles in three
different locations (two more coming soon). Players will face off against a host of malevolent creatures in
scenic landscapes and dark dungeons, with four potent spells at their disposal to fight them. Players can
challenge themselves in objective-driven games or test their endurance against endless hordes of
enemies.

“Our goal was to explore how far we can get with the current generation of mobile/standalone VR headsets. We wanted to bring the fun of casting spells with hand gestures to those platforms, and it seems to work very well. Also, we were surprised with how well PC graphics translate to mobile VR in Unreal Engine 4.”

The Wizards: Trials of Meliora is available on the Oculus Store starting today, July 5th, 2018, priced at
$3.99 with an ongoing 10% launch discount. In the following weeks Carbon Studio will update the game
with free content available for all players.