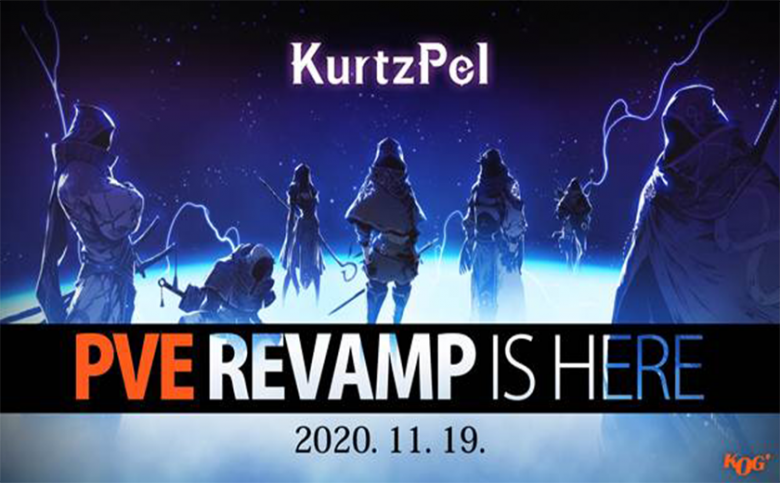 KurtzPel’s PvE will be going through an entire overhaul with new PvE Dungeons allowing players to experience Eltheca in a whole new way while encountering countless enemies and big bosses to claim lavish rewards. These dungeons will also appear in the new Quest and Story systems to reveal the Lore behind the world of Eltheca.

There will additionally be brand new PVE Character Progression and PvE Equipment systems that will enable players to level-up from completing dungeons and acquire PvE Equipment. These PvE Equipment will have varying item grades and stats allowing players to optimize and create the perfect gear setup for their playstyle as they traverse through the new dungeons to tackle fearsome new enemies!

Furthermore, these changes are all PvE-exclusive meaning that they will not affect PVP ensuring that balance can be individually tailored for each game-mode while ensuring players do not feel forced to do either game-modes.

Finally, there will be special PvE-exclusive Combat Mechanic changes which are designed to make the PvE experience more fun and exciting. These changes such as removing the Karma Switching cooldown will enable players to immerse themselves in the new dungeons while allowing them to create brand new combinations to triumph over any enemies they encounter.

With this major PvE revamp, it’s the perfect time to get into KurtzPel and try out all the new dungeons and gameplay changes! So, if you haven’t yet had the chance to check out KurtzPel, or you’re a player who hasn’t logged into Eltheca for a while, check out KurtzPel today alongside the new PvE Revamp.