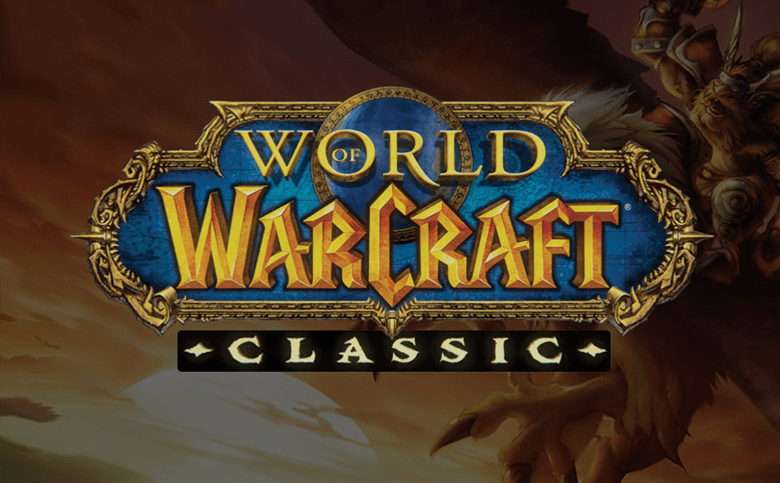 With the WOW classic release date recently being announced we have so much to look forward, or do we? Endless rep grinds, ultra-long run backs from deaths, no flying, ridiculously hard questing, oh yeah want to make a Thunderfury Blessed Blade of the Windseeker? Well get in line most high-end guilds could make 3 a year at the most and that was back when team work was a thing. These new kids seem super stoked for classic but let me tell you some of these kids don’t know bro!

Classic WOW does however have some great treasures which you should be super excited about! Being a classic World of Warcraft player myself I put together a list of my top 5 favorite weapons for all you melee junkies. These non-legendary melee weapons I have judged not only performance but looks, procs, rarity, and nostalgia. Oh yeah… I have seen these weapons slice peoples face off live, so dead all your alts died at the same time. 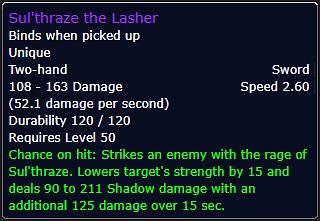 5. Sul’thraze the Lasher – I understand this weapon is not a lvl 60 item, but the top end damage isn’t bad especially when you include the epic proc! I cant wait to see what the DPS looks like compared to raid quality two handed swords, I am willing to bet its competitive. This pick mostly for the nostalgia I mean just the process of making this weapon is such a classic grind. You will have to farm Zul Farak over and over until you get both the Sang’thraze the Deflector from Antu’sul and Jang’thraze the Protector from Chief Ukorz Sandscalp then combine them to create this epic two-handed sword. I really like the look of this weapon too an executioner type sword with a motion graphic of 2 skulls and fel trails circling around the blade, so LIT! 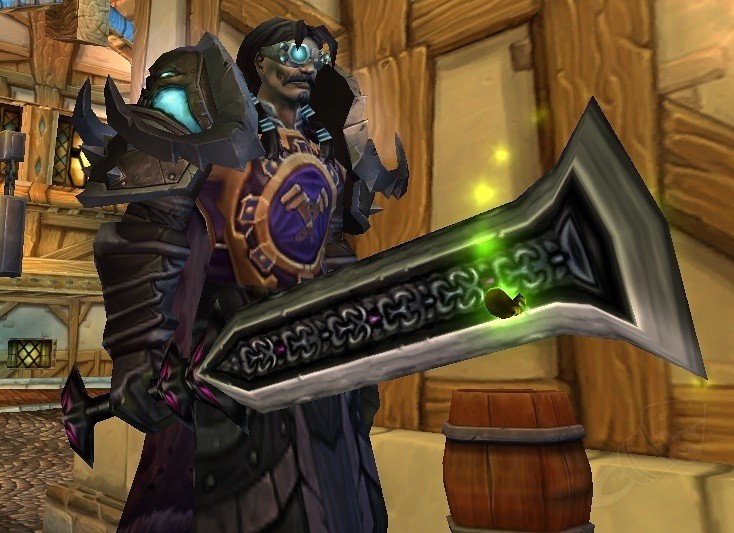 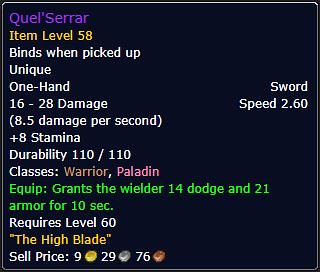 4. Quel’Serrar – This blade has a very special place in my heart for sure. Everything involved with this weapon is classic. I would rank this #2 in most fun quest lines in the game next to the Thunderfury. First you have to either loot the item from a  random boss drop in Dire Maul or buy it which is close to impossible in those days. Once you have the Foror’s Compendium of Dragon Slaying you then embark on an epic quest though Dire Maul which can be exhausting. Finally the most epic part! You take part it he 40 man Onyxia raid, during which you must drop the dull blade in front of her face avoiding her tail whip, fire breath, and front leg cleave. Once she breaths on it rinse and repeat this time looting the complete sword out of the ground and of course you will then need to defeat the encounter. Not to mention this is a mandatory item for tanks in raid progression. It looks magical compared to all the other items around the Blackwing lair level. 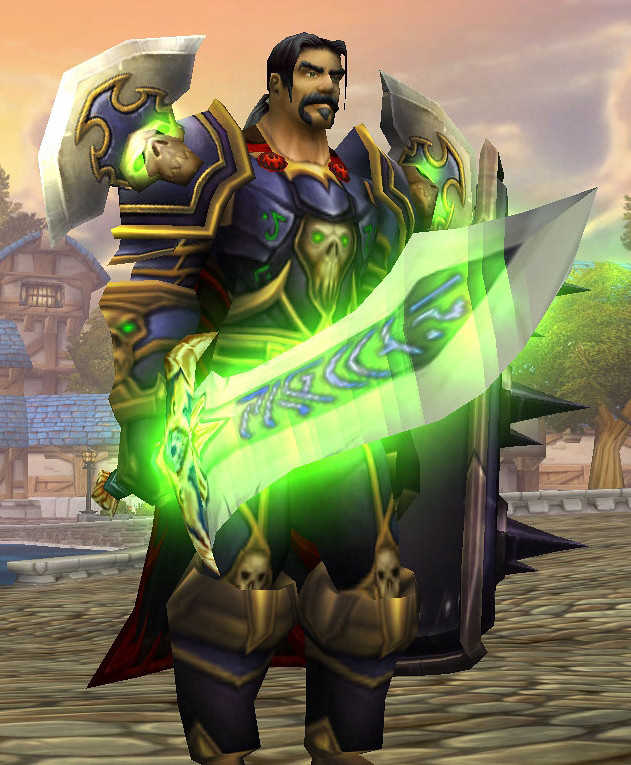 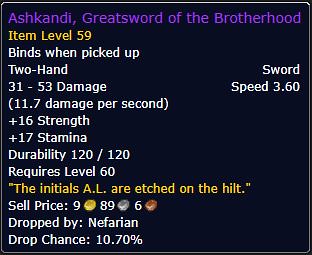 3. Ashkandi Greatsword of the brotherhood – This pick was pretty simple right? Most of us know this from the modern version, as the best looking MF two hander “Atainable” in the game! It solid in stats at 60 I think you will be fine using this through Naxx and AQ. It’s just sexy AF! Not to mention its massive! Its a major head turner especially in the Classic environment. It has to be if not the #1 but very close to it best looking two handed sword in the game. Killing Nefarian on a live classic server will not be an easy task though, not to mention all the other people out of the 40 man raid who need and want this blade, good luck. 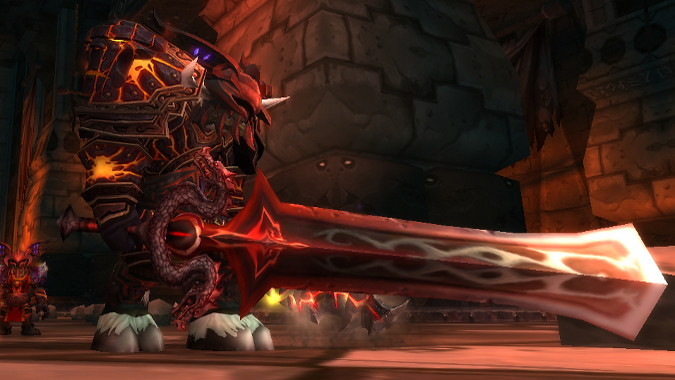 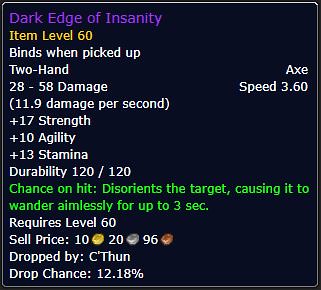 2. Dark Edge of Insanity – So yeah kill C’thun and use up all your DPK, or win a roll if your guild is casual, good luck with that task. What is so special about this weapon? It has the eye of Cthun on it and it blinks! So that is a thing. It gets better. Chance on hit: Disorients the target, causing it to wander aimlessly for up to 3 sec. Literally one of the best PVP procs in the game. I have seen Warriors and paladins with this weapon 2 v 1 people all day with it! C’thun was one of the hardest bosses in all of classic it will take a very well-coordinated raid group to kill him on a consistent basis. 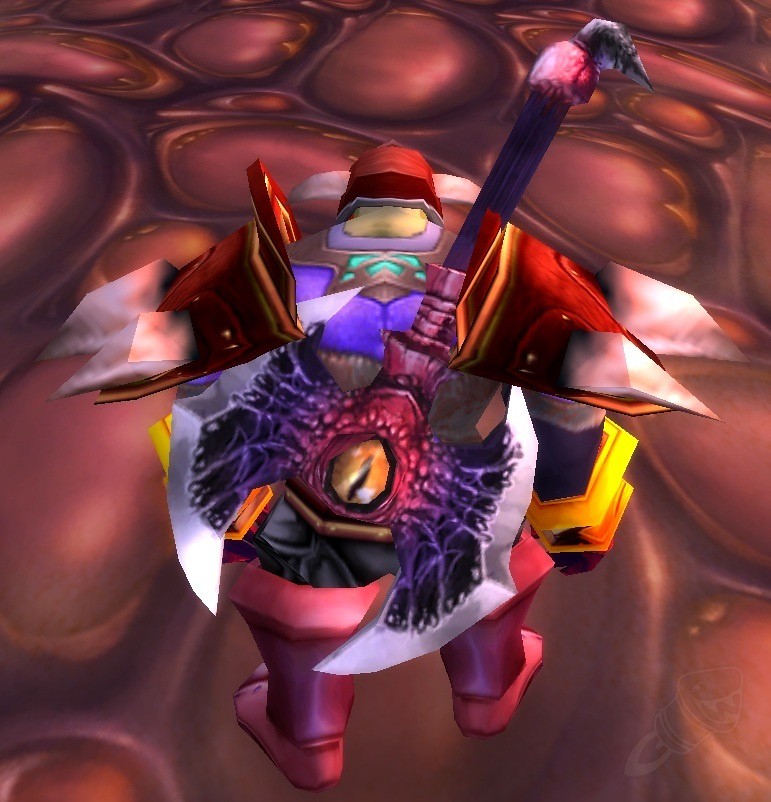 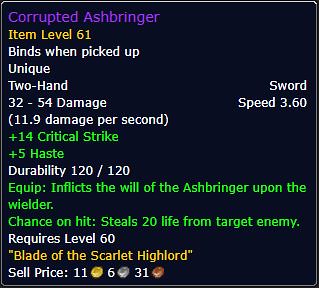 1. Corrupted Ashbringer – If you don’t know anything about this weapon, I do not blame you, it was taken out of the game right after the Burning Crusade. This my fellow melee fanatics is the unholy grail of all items in WOW. It’s the one that got away. It breaks your heart every time you see it because you wish you had it. If you see someone in retail WOW with this weapon you bow to your knees. Its a 100 out of 10 in looks. It has 2 procs! Equip: Inflicts the will of the Ashbringer upon the wielder, this makes you unfriendly with the Argent Dawn and the Agrent Crusade, it also gives you a dark shadow priest like glow. Chance on hit: Steals 20 life from target enemy, this proc brings the big daddy DPS. The percentage of guilds which made it this far into Naxxramas is very small. It required a full-time job of raiding 7 days a week to get Naxxramas on farm. Good luck getting this one. Its to bad you can’t transmogrify your Classic items into retail WOW! 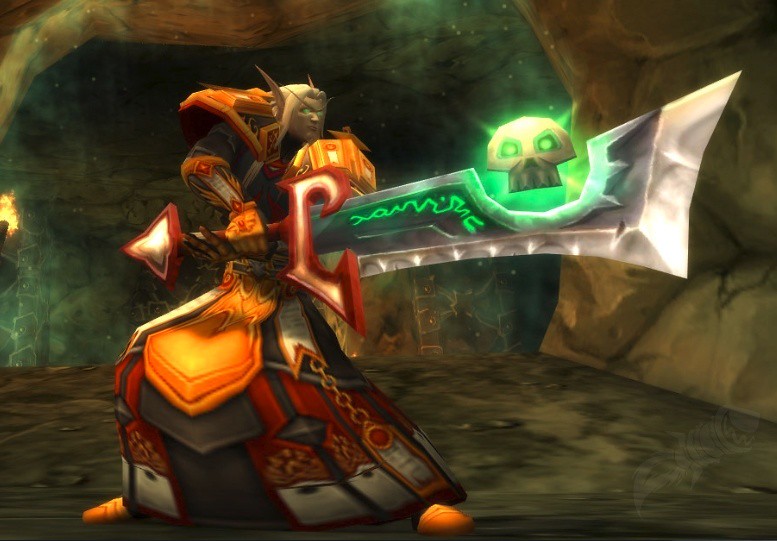 I bid you good fortune in the wars to come. I hope you enjoyed this list! Classic is right around the corner; remember you can reserve your names starting on Tuesday August 13th if you have a retail subscription.

See below for details on the exact time you can log in and experience the origins of World of Warcraft. 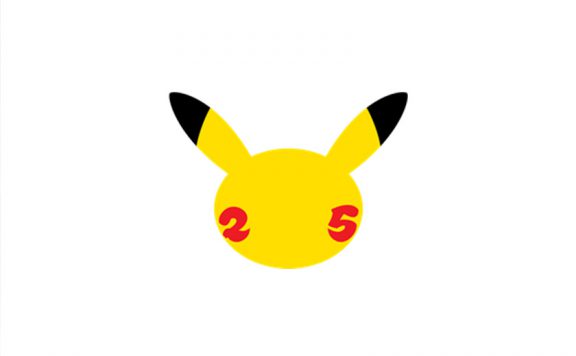 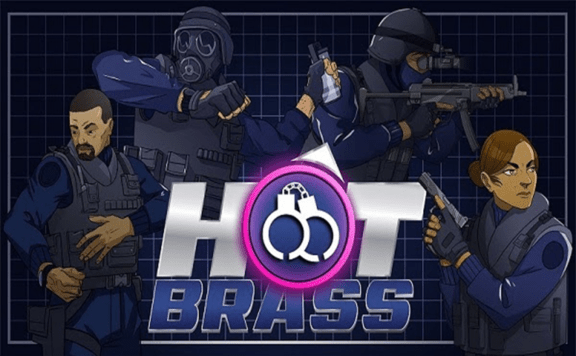