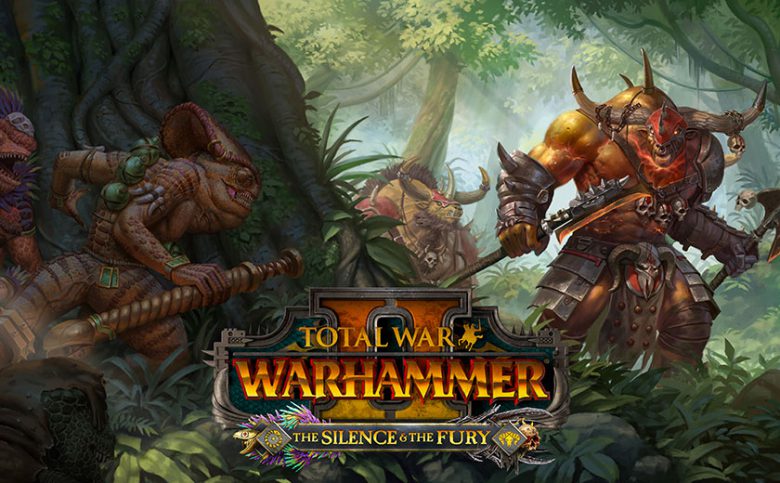 In the final Lords pack for Total War: WARHAMMER II the clamorous horde of Taurox’s Beastmen meet the stealthy ranks of Oxyotl’s Lizardmen in a clash that will determine the fate of the New World.

Each Legendary Lord brings a host of new units, unique powers, and a brand-new campaign to the world of WARHAMMER II. Alongside this, a deadly assortment of free content will be available, including some exciting new units and two substantial Old World updates.

Taurox is a nigh-invulnerable Doombull with but one weak spot at his neck, the only part of his body not covered in brass. Taunted and beguiled by the Chaos Gods, he believes he can finish his ascendence and become unstoppable if he simply completes a ritual to Chaos and lets it flood into the world. True or not, he gathers the herd to find the Heart of the Dark, completing other, minor rituals to locate it and begin his work.

Oxyotl is a Chameleon Skink and Lizardmen lord, stealthy and with the ability to sense Chaos. Taurox’s rituals and the plan has garnered Oxyotl’s attention, and he knows he must stop the Beastmen if the world is to remain, relatively, peaceful. With his focus on stealth, Oxyotl must revive Silent Sanctums in the secret places of the world and gain the power needed to stop Taurox.

Nine new units will be joining the death-dealing ranks of the Beastmen and Lizardmen races. Standout units include the repugnant Jabberslythe which is an unholy fusion of multiple monsters, the gargantuan multi-limbed Ghorgon, and the ferocious twin-tailed Troglodon.

The Great Bray Shaman is an additional lord for the Beastmen. As a powerful caster and a respected member of any tribe, they bring flexibility and power to the battlefield for their clans.

On the shorter side of things, Thorek Ironbrow is a new legendary lord for the Dwarfs, bringing his proud race into the Eye of the Vortex campaign for the very first time.

And on the significantly larger side comes the Ogre Mercenaries. Five units will be available to any faction in WARHAMMER II. Cause enough destruction and death, and you might prove yourself worthy to bring these absolute units into battle.

Last but certainly not least, this Lords Pack also ushers in Old World Updates for both the Beastmen and Dwarf races. This update dramatically overhauls numerous features for both races, meaning their campaigns and battles are more fun, engaging and offer a more lore-thentic experience.