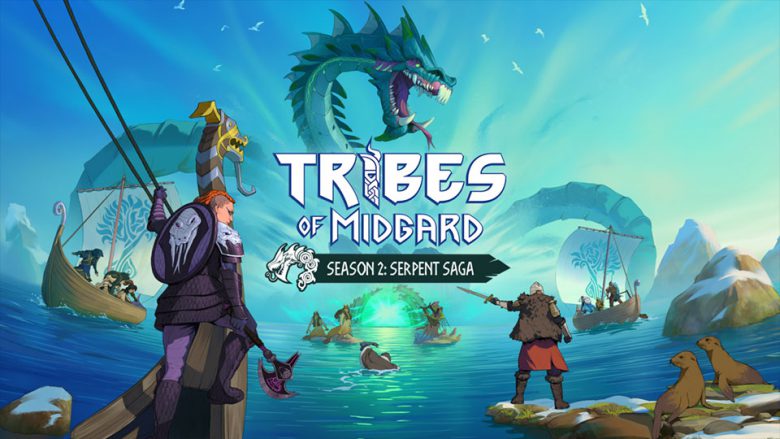 Grab your weapons and craft some Boat Kits, because starting in Serpent Saga, Vikings can explore new horizons of Midgard with the addition of Boats and Swimming. Boats and swimming are all fun and games, but make sure you don’t get too distracted, as you have another Saga Boss to contend with before Fimbulwinter. Players must race against the oncoming winter to find and unlock the island lair of a mysterious new Boss. But fear not, Wolf-fans – Fenrir still awaits those brave enough to choose to attempt to take down both Saga Bosses in the same session.

Tribes of Midgard is Norsfell and Gearbox Publishing’s take on Vikings in a Diablo meets Don’t Starve blend of action, survival, and roguelite elements. Experience a bright and colorful world to explore by land and sea, where you can gather loot, slash through enemies while playing solo or with friends. Your tribe’s might will be tested in two different game modes: a session-based Saga Mode and an endless Survival Mode. A variety of objectives, enemies and areas of exploration offers endlessly-replayable gameplay and fun.