Turtle Beach has been one of the more popular headsets on the market for quite some time. In the stealth 700s case, they are both licensed to sell as Xbox One and PlayStation stand-alone models. While it would be more fortunate to have your set head work on both Xbox One has decided not to include Bluetooth technology on its current console. The PlayStation version does include Bluetooth and can be connected to almost any device making it the more versatile of the two. Both models do however connect to PC. Priced at $149.99 you will get all your premium features including DTS 7.1, active noise cancelation, Bluetooth connectivity with app-based settings. 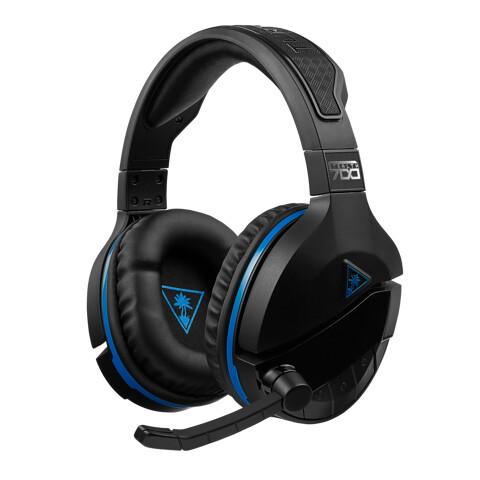 Its design is a little bit lacking compared to other headsets at this price range. Immediately you will notice the external mic boom on the outside of your left earpiece. I am not a fan of the mic boom permanently living outside the earpiece, it would be much cleaner if it were at least tucked in or even better removable. One nice feature about the mic boom is you can mute yourself by flipping up the boom.  I do really like the button layout and output placement. Its almost entirely made of plastic so it’s lightweight and will extend your hours of gameplay. 50mm over-ear speakers featuring a bonded leather-wrapped headband and ear cushions. I personally think they are a bit stiff compared to some other headsets, I prefer mine soft. My personal favorite feature is your chat volume control is completely separate from your desktop audio with 2 dials on your left ear. It’s also designed to be glasses friendly which is a huge plus! 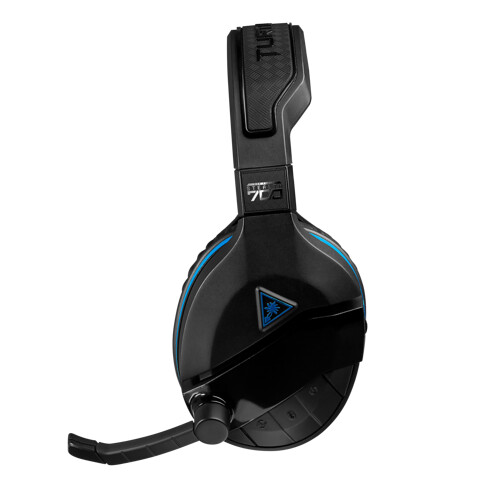 In wireless mode, you will get about 10 hours of game time before needing to hardwire or recharge. It’s easy to use software dubbed the Turtle Beach Audio Hub will manage your gear updates and allow you to customize settings on your products. As far as sound goes you are getting the top end of technology on the market today. Its sound quality is as good as any other headset. It includes Turtle Beach’s exclusive Superhuman Hearing® sound setting which highlights game-changing sounds like footsteps and reloads. It’s so immersive you can hear enemy vehicles way far off in the distance it really does give you a competitive edge. When connected to PC or Xbox One you can take advantage of the windows sonic surround technology which delivers a virtual surround experience, but your PC must be compatible. In any other case, it’s also compatible with Dolby Atmos for headphones. The PlayStation version features DTS Headphone:X surround sound creating a 7.1 channel soundstage. The bottom line is you are getting your money’s worth in the sound quality department. 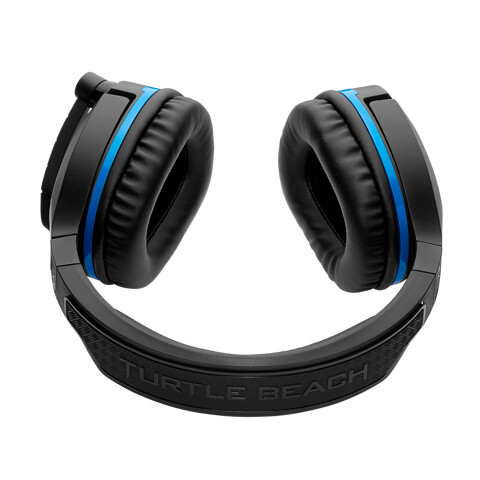 Design features are always a personal preference. Despite a few design issues, it’s a very high-quality headset. I would like to see it priced at $129.99, I think you’re missing the lifestyle aspect with the Stealth 700. It’s a bit awkward being out in public with a mic boom attached to your headset, well maybe for some people. If you’re looking for a competitive edge in sound then you’re in the right place, Turtle Beach didn’t leave a stone unturned in that department.

Tags: Bluetooth, Gaming Headset, Stealth 700, Turtle Beach, Wireless
Summary
While Turtle Beach’s Stealth 700 headset might be priced a bit high at $149.99, it makes up for it in supreme sound quality. Depending on your preference you might not get the most usage in your daily lifestyle due to the permanent mic boom on the left earpiece, but it is a gaming headset design. I think the earpieces are a bit stiff compared to other headsets, but they are exceptionally light and can be worn for extended hours. Its top-notch sound technology will give you a competitive edge and a super immersive gaming experience. Overall a great product!
Good
Bad
7.8
Good
Design - 6
Quality - 7
Performance - 9
Audio - 10
Price - 7

Turtle Beach has been one of the more popular headsets on the market for quite some time. In the stealth 700s case, they are both licensed to sell as Xbox One and PlayStation stand-alone models. While it would be more fortunate to have your...
7.9
Average User Rating
1 vote
Click on a star to submit your own rating!
Your Rating: 0
Submit
Genre:Gaming Headset
Developed By:Turtle Beach
Publisher:Turtle Beach
Platforms:PC, PlayStation 4