Virtua Racing and Wonder Boy: Monster Land are the next set of titles joining the SEGA AGES line-up on June 27, 2019! SEGA AGES Virtua Racing takes the revered classic and delivers a dramatic overhaul with an improved framerate, a far greater draw distance, online matchmaking (and leaderboards), and a new Replay mechanic that didn’t exist in the original release. Not only that, but the game also supports up to 8-player SIMULTANEOUS local multiplayer, so you can rekindle that arcade experience with your friends!

SEGA AGES Wonder Boy: Monster Land contains several notable improvements such as a “Power Up New Game” (New Game Plus) feature that can be enabled at any time, even if you haven’t beaten the game, allowing you to restart after a Game Over with the same gear. There are also 3 new challenge modes (Sphinx and Monster Castle time attacks plus the Fire Ball score attack), online leaderboards, a Replay function, and a “Money Hungry Mode.” This last item plays off a bug that existed in the arcade original where players would increase the value of any hidden gold by quickly shaking the joystick back and forth. While the unintended bug is enabled by default here, the “Money Hungry Mode” disables it for the truly hardcore! 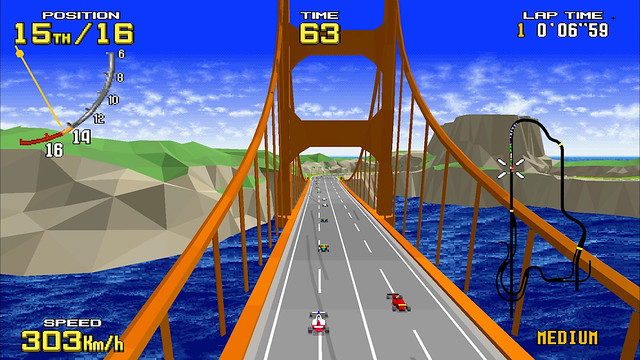 Take control of a formula one racing car and compete against the world’s best drivers in the first faithful reproduction of the arcade classic. Choose between the Normal Race mode that features four-to-five lap races, or put your endurance to the test by completing 20 laps in the Grand Prix Race. Your car’s performance is affected the longer you drive, so make sure you plan your pit stop strategy carefully so you can take the checkered flag! 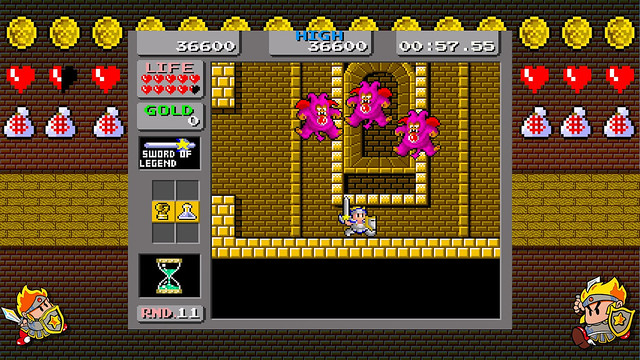 After the defeat of the evil king, the kingdom of Wonder Land was a paradise…for a time. The peace was broken when a ferocious, fire-breathing dragon struck without warning and took over Wonder Land with a swarm of evil, monstrous henchmen, turning the once-peaceful land into the utterly chaotic Monster Land. Realizing he is Wonder Land’s last hope, Wonder Boy sets out on an incredible journey to rid the country of the monsters and defeat the “invincible” evil dragon.

Virtua Racing and Wonder Boy: Monster Land will be available individually on the Nintendo Switch eShop in the Americas and Europe on June 27, 2019 for $7.99 with commensurate European pricing.