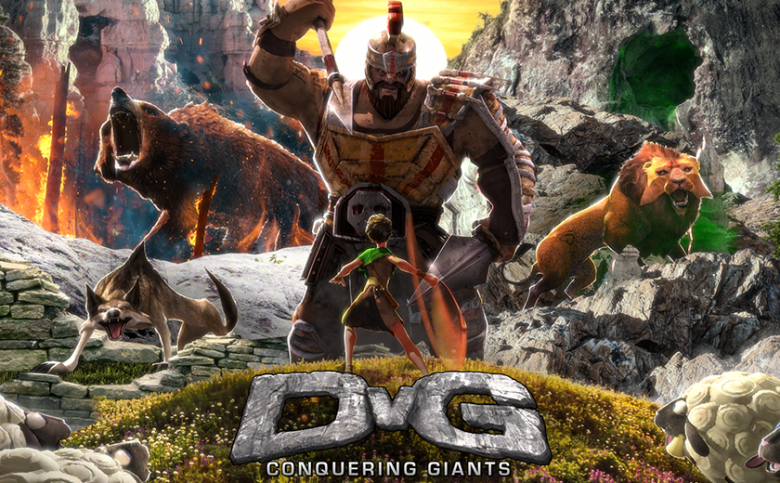 With an endeavor to create high quality and family-friendly projects, Virtuous VR Gaming (VVRG) announces the release of their debut VR game, “DvG: Conquering Giants.” “DvG” is a reimagined immersive experience based on one of history’s greatest duels (David vs. Goliath). Available worldwide November 2020 on Oculus, VIVE and SteamVR platforms, VVRG is offering special pre-release exclusives to the first 500 consumers who register online for “DvG” preorders. Incentives include a 60% game discount and automatic enrollment to win prizes such as a new 2020 gaming console system (Oculus Quest 2, Microsoft Xbox Series X, and PlayStation 5 VR).

Published by VVRG, “DvG” is developed by Immersive History, LLC. under the direction of the company’s Founder and CEO Jarom Sidwell. A former Hollywood visual effects artist known for his work on blockbuster films such as “The Avengers,” “Avatar,” “The Hobbit,” “The Adventures of TinTin,” “Man of Steel” and “Transformers,” Sidwell recently shifted his focus on creating education-based experiences in virtual and augmented reality. Using VR and AR, Immersive History creates content that enables users to dismantle complex machines, discover every muscle in the human body, or overturn every stone in ancient cities.

In “DvG,” gamers will be transported back in time as they embark on a brand-new and fully interactive adventure as they play the part of David, the young shepherd boy tasked with protecting his sheep, family and country from the dangers of the outside world. Featuring two difficulty levels of play (casual and intense), users will fend off ravenous wolves, ferocious lions and massive bears before battling the giant himself (Goliath).

Rated E10+, “DvG” features a vigorous movement set where players pump their hands like real life to walk about the levels armed with a unique-to-market VR SLING weapon. “This is one of the most active VR games on the market,” says Sidwell. “From mimicking real life sling mechanics to lateral hand gesture motions, ‘DvG’ is guaranteed to get your heart racing!”

“‘DvG’ provides a great opportunity to bring family values and fun to homes through the use of VR technology,” says Bill Issler, founder and CEO of VVRG. “We are excited to be partnering with Immersive History to offer a new genre of games that multi-generational consumers will be excited to play.”

Adds Sidwell, “Gamers can relate to the character of David, gaining a better appreciation for his focus, diligence, and courage, perhaps realizing that they too can conquer the giants in their own life.”