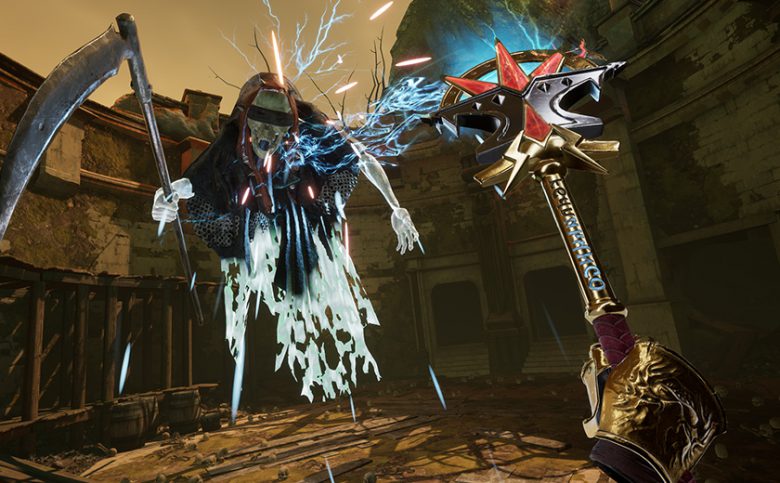 Warhammer Age of Sigmar: Tempestfall will release this summer, but in the meantime, beginning today people can sign-up for the closed beta via the game’s Discord channel. You have until June 10th, 2021 to signup for the Closed Beta.

“We’re very excited to show off a small slice of what we’ve been working on for over a year. We know you are eager for a first look at gameplay footage from Tempestfall, and we look forward to seeing your reactions,” says Aleksander Caban, Carbon Studio’s Co-Founder.

Additionally, there’s a Tempestfall Wishlist Contest going on with Oculus Quest 2 and game goodies at stake. To participate, all you have to do is take a screenshot confirming you wishlisted the game on either Steam or Oculus and send it to us at [email protected] Winners will be announced on June 10th on Carbon Studio’s social media channels.