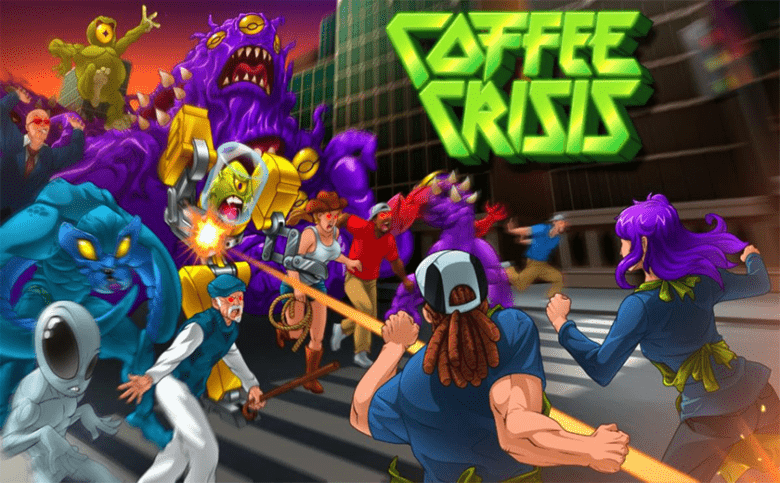 Four years after its debut on the Sega Genesis, Coffee Crisis is now available for the PlayStation 4 and Nintendo Switch with a Collector’s Edition of the former version coming soon.

Coffee Crisis is a side-scrolling beat ‘em up centering around a team of baristas, Nick and Ashley, who are armed with nothing more than their trusty sacks of Black Forge coffee beans as they face an alien invasion. After observing Earth for quite some time, the Smurgelians decide to take Earth’s four most precious treasures: fast Wi-Fi, metal music, adorable cat videos, and amazing coffee. To compound the problem, weaker human beings are being assimilated, leaving the heroes with no other option but to fight.

The title had a successful Kickstarter campaign in 2016, allowing retro game collectors the thrill of having a new game for their Sega Genesis. With the release of its PlayStation 4 and Nintendo Switch versions, modern console players can enjoy the same high-definition 16-bit graphics retro gamers have been experiencing for years. Combine that with a hilarious plot, plenty of body-snatched humans and roaming aliens to fight, and mini-games that challenge players to keep their intake of caffeine in the green, Coffee Crisis is a side-scrolling beat ‘em up that oozes with retro style. 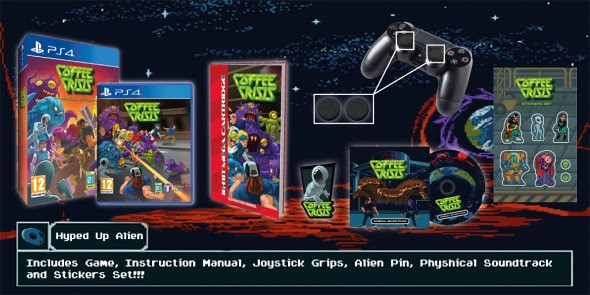 For retro gamers who want to add an espresso-shot equivalent into their Coffee Crisis experience, a special Collector’s Edition will soon be available for the PlayStation 4. This edition features a boxed copy of the game, a physical instruction manual, joystick grips, an alien pin, a physical soundtrack, and a stickers set.