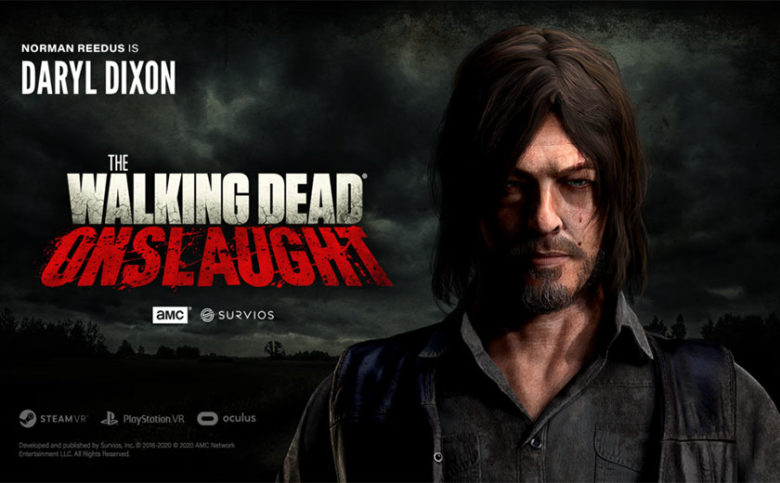 Survios Inc. and AMC revealed today during the UploadVR Showcase that The Walking Dead Onslaught, the official VR game of AMC’s The Walking Dead, has entered the final stages of development and confirmed that a gameplay reveal will be coming later this summer. Accompanying the announcement was a video greeting from The Walking Dead star Norman Reedus, who recently wrapped his voice recording as Daryl Dixon for the upcoming title. The game will also feature voice work from cast members Melissa McBride (Carol) and Josh McDermitt (Eugene).

The Walking Dead Onslaught is scheduled to launch later this year on Playstation VR, Steam VR, and Oculus Rift.