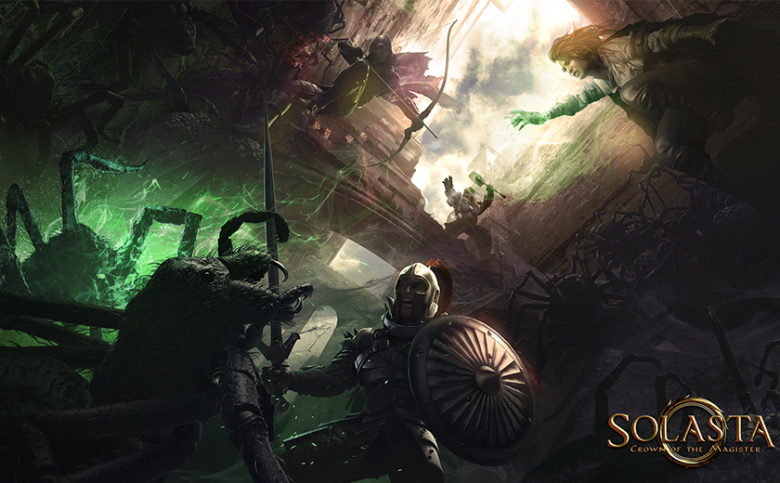 Tactical Adventures, a French development studio of passionate RPG game developers and tabletop players, recently released its tactical RPG Solasta: Crown of the Magister on Steam Early Access. The game has seen lots of love and support from the community, has a very positive Steam user rating (94%) and has just received its first major update today. The new Winter Update includes hours of new gameplay, a completely new area, quests, an overhauled lighting system, new combat features, more customization options, implementation of the scavenger mechanics, and much more. Look at the patch notes for more on the update. Also, as of today Solasta: Crown of the Magister is now available to purchase on GOG, for $27.99 (-20% discount).

Wizards of the Coast has granted Tactical Adventures a license to use the Dungeons & Dragons SRD 5.1 content and rules in Solasta: Crown of the Magister.

Solasta is a team-based adventure game where each character plays a critical role in the campaign and can be a hero. The dynamic and mysterious world features elements of verticality, allowing players to use their surroundings as an element of strategy. Players can position ranged characters on high vantage points or send their thief down into shafts and caverns to scope out what lies ahead. In Solasta, light is a tool to explore the depths and hallows of dungeons or can be used as a weapon against the creatures of the dark, but if players aren’t careful, it will give away the party’s position to nasty creatures bent on their demise.