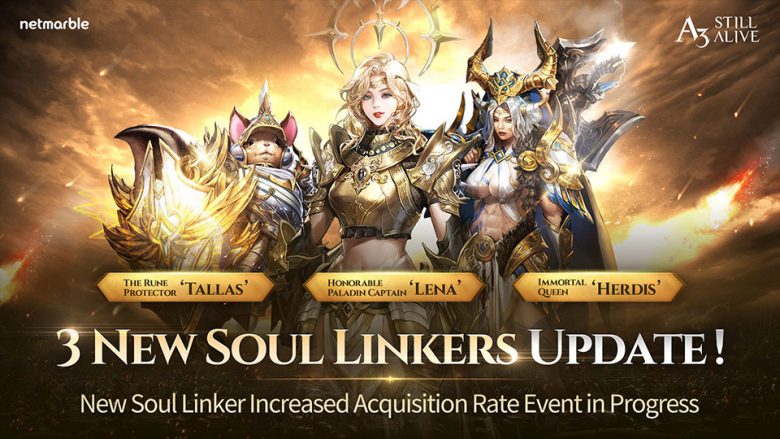 This month’s A3: STILL ALIVE update for the App Store, Google Play, and Windows PC brings three new Soul Linkers for players to collect ahead of some new challenges, like Enhanced Dungeon Bosses and limited-time events for players to conquer before they go away.

A main ATK type Soul Linker with an Ultimate that negates damage while active and the ability to reduce Skill Cooldown Times.

In addition, the maximum number of equipable Mythical Soul Linkers has increased from three to five.

The all-new Enhanced Dungeon Boss system will test players with even more powerful versions of existing bosses that appear at specific conflict areas within dungeons. The Enhanced Fallen Kaidess boss can be encountered at Refuge of the Dead B5, while the Enhanced Bandit Boss Kapora boss can be found in the Abandoned Guild Hall dungeon.

Other updates coming to A3: STILL ALIVE include: