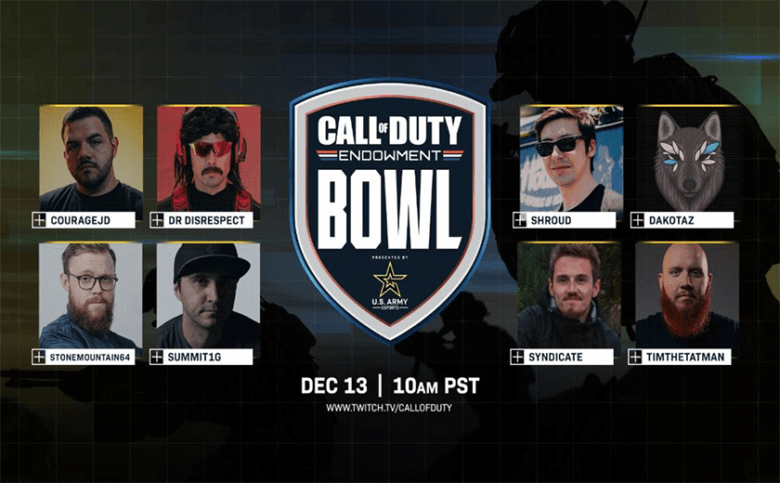 The Call of Duty Endowment is bringing together some of the top streamers and the US Army Esports team for the first annual CODE Bowl. The event will be a livestream that begins on December 13 at 10AM where teams will compete to be crowned CODE Bowl champions by earning in-game points.

Read on to get all the intel on the inaugural CODE Bowl and watch the trailer below to see how you can help support vets.

The inaugural CODE Bowl presented by U.S. Army Esports kicks off at 10AM PT on December 13 on the Call of Duty Twitch channel. The event will be hosted by Call of Duty League commentators and other fan-favorite hosts and will last throughout the day with each team battling to receive the title of CODE Bowl champion.

There will be a pre-show and commentary throughout the event, so players can get in-depth intel on all the action. Each team will be competing to become CODE Bowl Champions by earning the most points in-game. 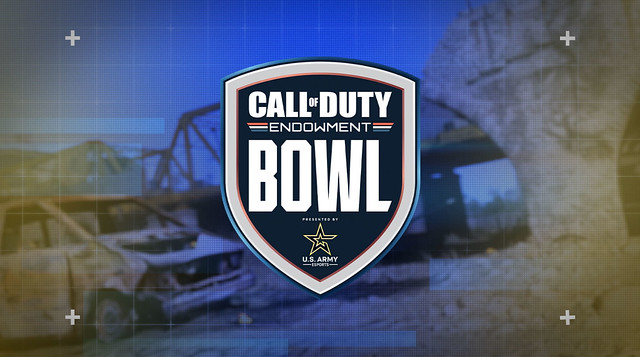 The Call of Duty Endowment launched the ‘#HireHonor.’ campaign earlier this year in celebration of its 10-year anniversary to further aid in its goal of securing high quality jobs for veterans. The CODE Bowl is a continuation of that commitment, and a way to involve the entire Call of Duty®community in the work that the Endowment is doing.

If you want to support vets or the Endowment, watch the inaugural CODE Bowl on December 13 or visit the Endowment website, https://www.callofdutyendowment.org to learn more about how you can get involved.