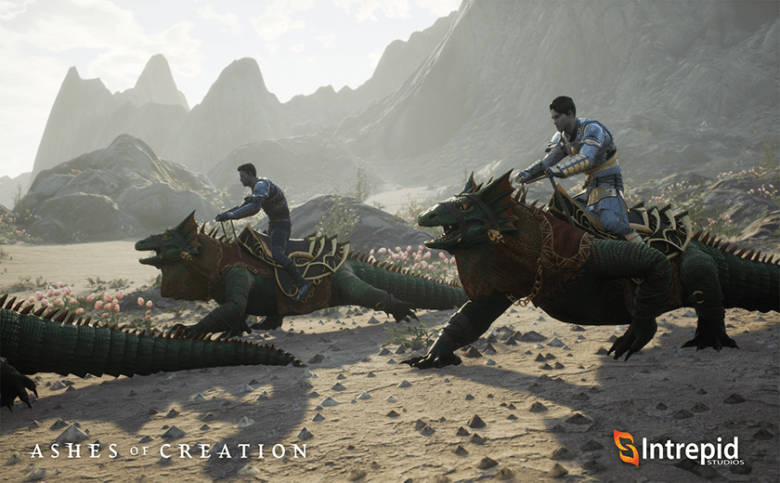 The Ashes of Creation team has been hard at work this week and have another fantastical creature to introduce to the world. The site has been updated with a brand new blog post to describe the terrifyingly awesome Scalereunner that is both a fearsome predator and an awesome mount.

While the Scalerunner is the thing of nightmare used to scare children into obedience, to a trained soldier, it is a creature worthy of arduous months of training to hone it into a mount that makes for a terrifying opponent, one rare enough to cause enemies to pause before charging. Tales circulate through many a soldier’s war camp of how the outcome of a battle hinged upon the efforts of the reptiles and their riders – if left unimpeded, the Scalerunner can easily outflank any groundborn force.

Riders marching through towns on campaign are an inspiring sight to would-be tamers of this savage creature. However, those who have witnessed them in battle know that both beast and rider are monsters in their own right.

To learn more about the Scalerunner, including how it was developed by Intrepid Studios, be sure to swing by the Ashes of Creation site.